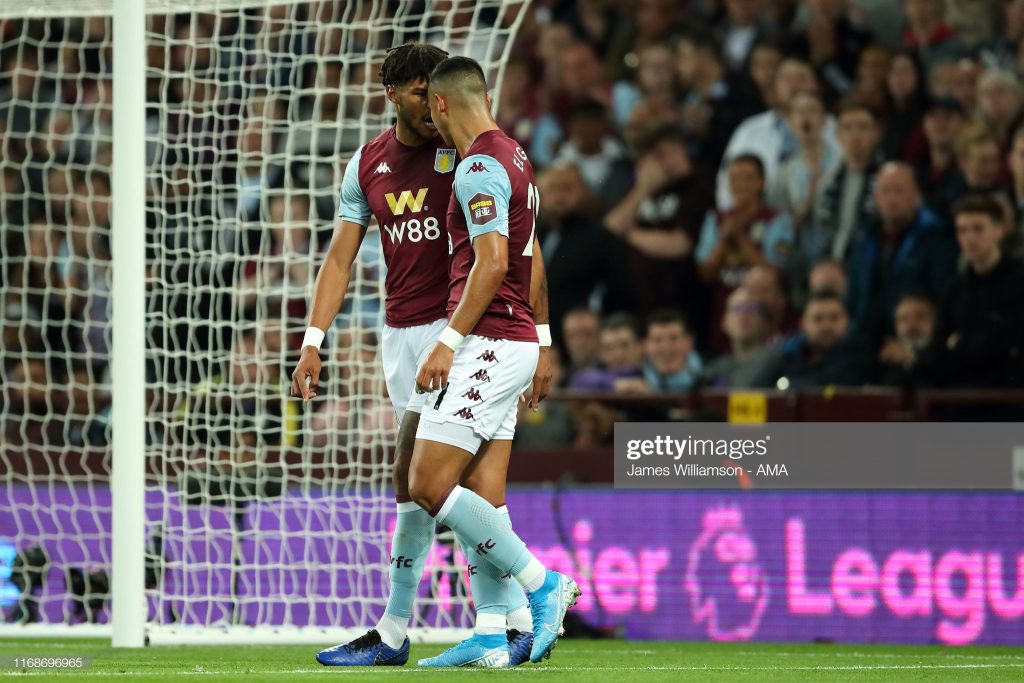 The Midland outfit were presented with a huge advantage in the last 23 minutes of the game after the visitors’ left-back Arthur Masuaku was sent off for a second bookable offence.

Villa couldn’t make the most of it, though, and will now hope to do better when they visit Arsenal this weekend.

Despite what was an interesting game, most of the post-match discussions have been about Answar El Ghazi.

The Dutch winger headbutted his Aston Villa teammate Tyrone Mings during an argument, and he escaped being sent off for the conduct.

Former Premier League referee Mark Halsey believes El Ghazi was lucky to have remained on the pitch after his action, and here is how he reacted to it.

“Answar El Ghazi was lucky not to be sent off for head-butting Tyrone Mings,” the ex-ref told The Sun.

“He moved his head into Mings’ face and I remember Richarlison of Everton was red-carded for the same offence on an opponent last season.

“El Ghazi ran the risk, on another day with another ref, he could have been sent off. Dean saw the incident and was happy not to take action. El Ghazi was fortunate he took a lenient view.”

The F.A and club have since confirmed there won’t be any disciplinary actions, and both players have since moved on, shaking hands in the dressing room at halftime.

Nevertheless, manager Dean Smith will hope his players won’t square up to each other on the pitch going forward as it doesn’t pass the right message across, and El Ghazi is definitely one lucky guy.