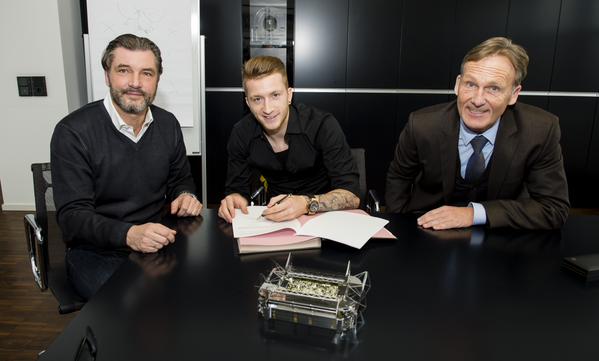 Following a long drawn out saga, Borussia Dortmund star Marco Reus has finally signed a contract extension at the club.

The German outfit have made a disastrous start to the season so far and are fighting against relegation already. While Reus has had a mixed season so far due to recurring injury problems, his decision to renew will come as a welcome boost to the club and the fans.

The German attacking midfielder has been linked with several clubs including the likes of Barcelona, Real Madrid and Chelsea.

Dortmund CEO, Watzke stated that the renewal was never in doubt.

“We never let all the rumours about a transfer distract us and we always kept believing that this extraordinary player would decide in favour of a future at BVB,” commented Dortmund CEO Hans-Joachim Watzke on Reus’ renewal.

“Marco can mark an era in Dortmund, like Uwe Seeler at Hamburg and Steven Gerrard at Liverpool in the past.

“The fact that Marco has decided to sign a new deal with BVB in such difficult times is further proof that he identifies himself with this club, something we are very proud of.”

“Marco Reus could have joined any big club in the world. His decision shows that his heart beats for his hometown and his boyhood club. He is a key player for Dortmund’s future.”

Further, Reus also stated that it was the right thing to do.

“I’m delighted with my decision. Dortmund is my hometown. I look forward to a successful future with Dortmund & our fantastic fans behind us”, he said.

Here are a few shots from as Reus pens his new deal that will keep him at the club till 2019 and there is no release clause this time! 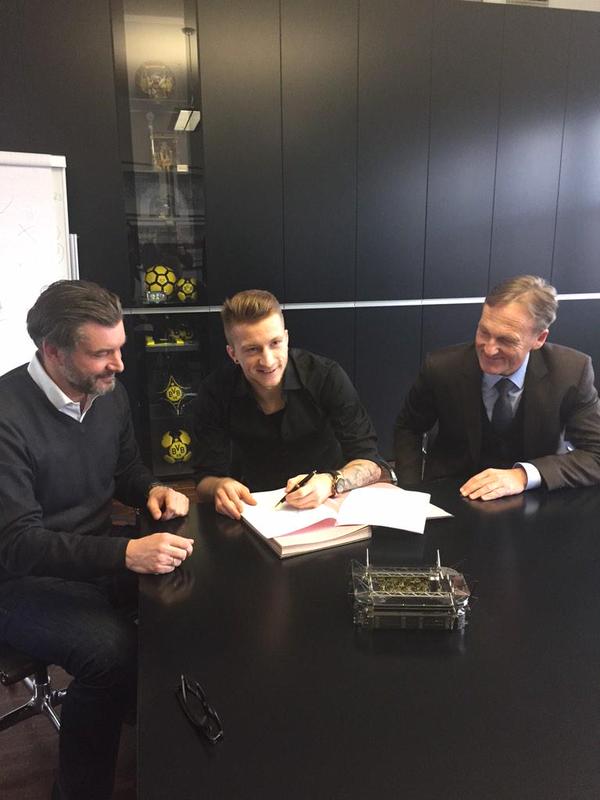 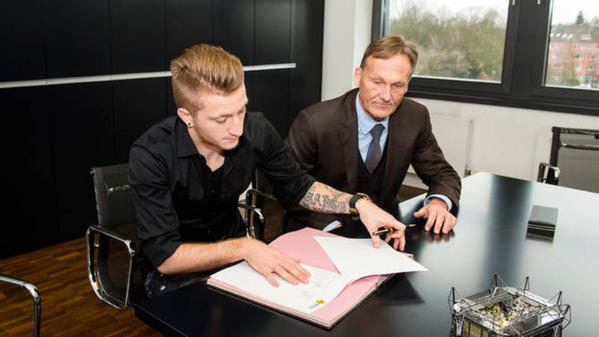