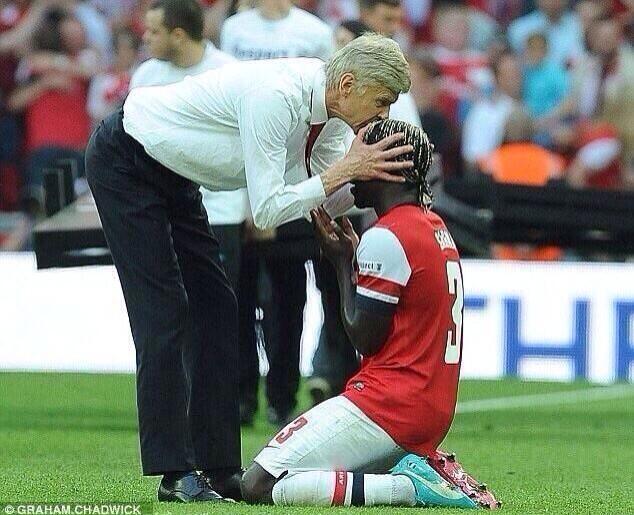 Manchester United could make a move for yet another Arsenal player. Last time, the Old Trafford club signed a player from the Gunners was back in 2012, when they signed Dutchman Robin van Persie.

According to reports from The Sunday Times, Manchester United have joined the race to sign Arsenal right-back Bacary Sagna, who has yet to sign a new contract at the club.

Duncan Castles reports that the new would be manager of Manchester United, Louis van Gaal, has identified the right-back position at Old Trafford as one of the weaknesses that needs strengthening.

Sagna is out of contract at the end of this month, and the France international is available on a free transfer.

Two things are important here. First, Van Gaal is unconvinced with the current options – Rafael and Phil Jones and secondly, after the departures of Nemanja Vidic and Rio Ferdinand, he wants a player with vast Premier League experience.

Manchester City have held preliminary discussions with Sagna’s representatives, while he has been offered a three-year deal worth £80,000 per week.