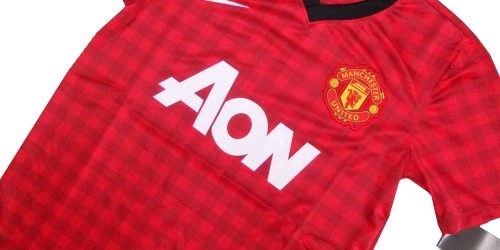 Manchester United have posted third-quarter revenues of £91.7 million – a record for the club. Significant sponsorships deals and the club’s huge fanbase pose as catalysts for the financial prowess, which keeps the new Premier League champions in a position to dominate English football for years to come.

The Old Trafford outfit have signed a number of significant commercial deals in recent times to boost their coffers, with the new eight-year training kit and complex partnership with current shirt sponsor Aon coming to mind. Given the club’s infrastructure and continued success on and off the pitch, United are best-placed of all the big English Premier League clubs to attain regular silverware.

Given the club’s matchday revenues, generated by the 75,000+ Old Trafford, the financial boost that deals with companies like Aon produce and the subsequent available cash to bolster an already impressive playing squad, and Manchester United’s future looks bright.

Sir Alex Ferguson is likely to spend in the summer transfer market, and previous big-money acquisitions of players such as Robin van Persie, Phil Jones and Dimitar Berbatov are likely to be replicated with new stars when the transfer window opens. Given the ease with which the club have won their 20th top-flight title this term, United will be the team to beat for some considerable time into the future.

Manchester United are in a much more favourable position than their rivals to achieve longstanding success. Closest challengers Manchester City and Chelsea may well be bankrolled by wealthy club owners, but now have the problem of complying with UEFA Financial Fair Play regulations.

Manchester United’s commercial standing and superior revenue gives them more leverage in the transfer market with FFP in mind, while City and Chelsea must work to balance the books given that their sponsorship deals and matchday revenues are not as substantial.

Liverpool and Tottenham have ambitions of grandeur, and will look to challenge for the Premier League title in the near future. Despite possessing strong fan-bases, neither club can go toe-to-toe with United in the profit and loss sheets due to their smaller stadiums.

White Hart Lane at 36,000+ and Anfield at 45,000+ hold the respective teams back financially. Add to this less lucrative sponsorship deals and playing squads that need expenditure, and Spurs and Liverpool are a long way from being in a position to challenge consistently.

Arsenal are one of the better ran football clubs in the country, however will not be able to compete with Manchester United on the pitch until they spend some money off it.

Arsene Wenger has shown a willingness to try and keep the stakeholders happy with a sensible financial approach, however this has resulted in the sale of the club’s better players over the last couple of seasons. With no commercial deals in place to rival that of United’s, and owners that are reluctant to back the manager with spending money, Arsenal are caught in limbo.

The current lay of the land sees Manchester United in an enviable position to dominate English football for the next decade. There may well be seasons where the Old Trafford side lose the title to one of their rivals, but their financial strength and club infrastructure gives longevity, which will surely be telling on the pitch.