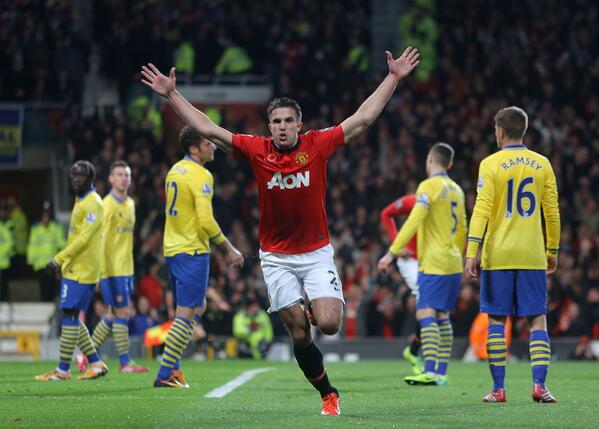 Manchester United striker Robin van Persie has admitted that he is facing a “difficult” situation at Old Trafford and claims he will take his family into account before considering his future.

The Dutch international joined from Arsenal in the summer of 2012 as he was signed by the Red Devils’ legendary manager Sir Alex Ferguson. In his debut season, the star striker went on to win the league title and was also the league’s top scorer.

However, things have not gone the same way as Van Persie would have expected as change of managers in the last three years, coupled with poor form and injuries have seen him struggle.

The former Gunners captain has one year left on his contract and claims he is eager to play regular football for the next few years.

“It’s a strange, difficult situation. A new situation, that’s a better word. I have to think, in a realistic way. It’s my ambition to play the next years,” Van Persie said, as reported by Goal.

“I’m thinking about my family and my children with every decision I take. These are very important for me.

“I’m a real family guy. I think it’s fantastic to see how happy my children and wife are. That’s something I take in consideration when I’m thinking about my future,” the 31-year-old added.

Louis van Gaal allowed Radamel Falcao return to AS Monaco after completing his season-long loan deal. That leaves the former Barcelona and Bayern Munich manager with Van Persie and Wayne Rooney, along with James Wilson as the first choice strikers at the club.

United will be looking to bring in a striker in the summer transfer window as a replacement for Falcao. However, should Van Persie leave the Premier League giants, Van Gaal will be forced to bring in two attackers to strengthen United’s attacking lineup for the next season.