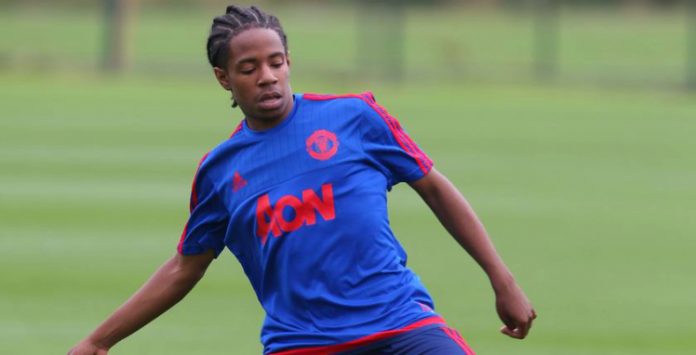 Manchester United have completed the signing of midfielder DJ Buffonge and have added him to the club’s Under-18 squad on their official website.

He  was at Arsenal’s Academy and left the Gunners to make a switch to cross town rivals Fulham. The midfielder, whose full name is Darren Raekwon McIntosh-Buffonge had a trial with the Red Devils.

After impressing at United, the Old Trafford outfit signed Buffonge as a scholar following a trial. He has already featured for the Premier League giants’ Under-18s and registered an assist in his first match against West Bromwich Albion.

However, a groin injury during the Under-18 clash against Derby County has kept Buffonge out of action. Despite that, United have decided to sign him and completed a deal for him on November 13.

A statement on United’s official website in Buffonge’s profile in the Under-18s section reads, “DJ Buffonge, or to give him his full name Darren Raekwon McIntosh-Buffonge, has signed as a scholar for Manchester United following a successful trial.”

“Despite the setback [groin injury in August], United’s coaches had seen enough to complete a deal on 13 November for a creative midfielder who is very comfortable in possession of the ball.”

United manager Louis van Gaal has promoted Axel Tuanzebe and Cameron Borthwick-Jackson to the first team and were on the bench against Crystal Palace and West Brom respectively.

Borthwick-Jackson, who is a full-back replaced Argentine international Marcos Rojo in United’s 2-0 victory over West Brom at Old Trafford. Buffonge could also follow the duo if he manages to impress his coaches at his new club.