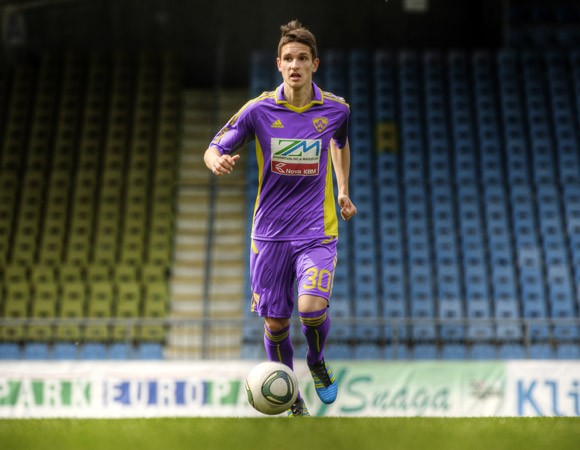 It doesn’t require rocket science to understand that both Manchester United and Arsenal are in dire need of defenders in the upcoming January transfer window. According to reports from French Media Outlet Le 10 Sport who have cited Slovenian source EKIPA 24, both United and Arsenal had sent scouts in the past midweek to watch Maribor defender Petar Stojanovic.

Stojanovic didn’t disappoint and gave a good account of himself as Maribor put in a spirited performance to hold Chelsea by 1-1 in the group stages of the Champions League encounter. Arsenal had earlier sent scouts to watch the 19 year old who is rated very highly in his native country but United are now also interested in the player. Fellow Premier League side Southampton are also interested but if either the Gunners or the Red Devils make a move for the teenager, it would be tough to turn down.

Arsenal manager Arsene Wenger had earlier hinted that he needs to buy a defender in January while the same also goes for United. The Old Trafford side are yet to replace Rio Ferdinand, Nemanja Vidic and Patrice Evra, all of the three who left in the summer to leave a huge gap in the back four.