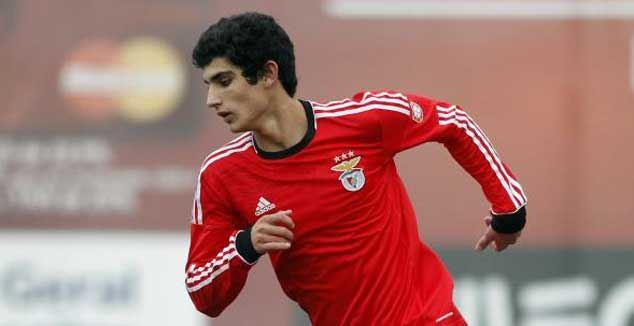 Portugal is one of the major hubs in Europe which boasts of a talent pool, rich with young players who destined to become the next big thing in World Football. The search for the ‘Next Cristiano Ronaldo’ has led to many youngsters being likened to the current Ballon D’Or holder. According to reports from Italian media outlet Calciomercato, a majority of European heavyweights are tracking Benfica midfielder Goncalo Guedes.

In fact Soccerlens deputy editor Saikat had covered a story on the winger that the ‘highly talented winger’ could join Arsenal. Calciomercato had also reported in the last week of October that the North London remains the most possible destination for the starlet despite having a contract with Benfica till 2019. However, Guedes’ agent Paulo Rodrigues who spoke exclusively to the Italian media outlet claims that his client will not be holding out for a transfer move.

Rodrigues said, “We talk a lot about him, it’s true. But the player wants to continue to play in Benfica . His dream is to succeed with the jersey of the Portuguese club. Guedes has a contract until 2019 and his card costs €50 million. But he is not for sale.”