The young midfielder was linked with a January move to Old Trafford after it was reported that Manchester United are keen to avoid a bidding war in the summer.

The 18-year-old midfield sensation has a release clause of £60m but Manchester United are confident of signing him for less. Back in January, Manchester United held talks with the Benfica representatives to discuss the transfer.

According to Daily Star, Manchester United have already reached a gentleman’s agreement for the midfielder and will complete a deal in the summer.

According to Portuguese newspaper O Jogo, Sanches was overwhelmed by the reaction of Manchester United fans who were urging him to join the club. 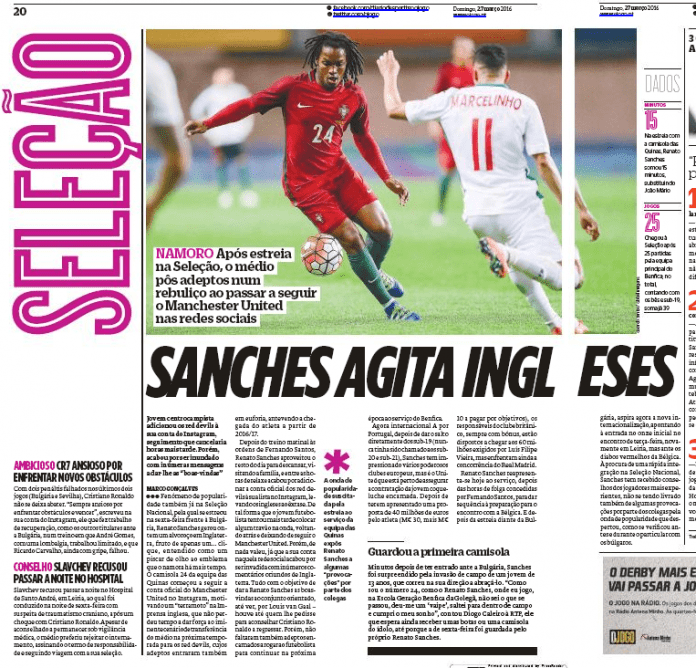 The highly talented Benfica player mainly operates as an attacking midfielder who can play as a winger as well. The player caught the eye of Manchester United scouts when the Old Trafford outfit were scouting his teammate Goncalo Guedes.

The Benfica midfielder is widely regarded as one of the finest attacking talents in Europe right now and has been likened to the Brazilian legend Ronaldinho because of his flair.