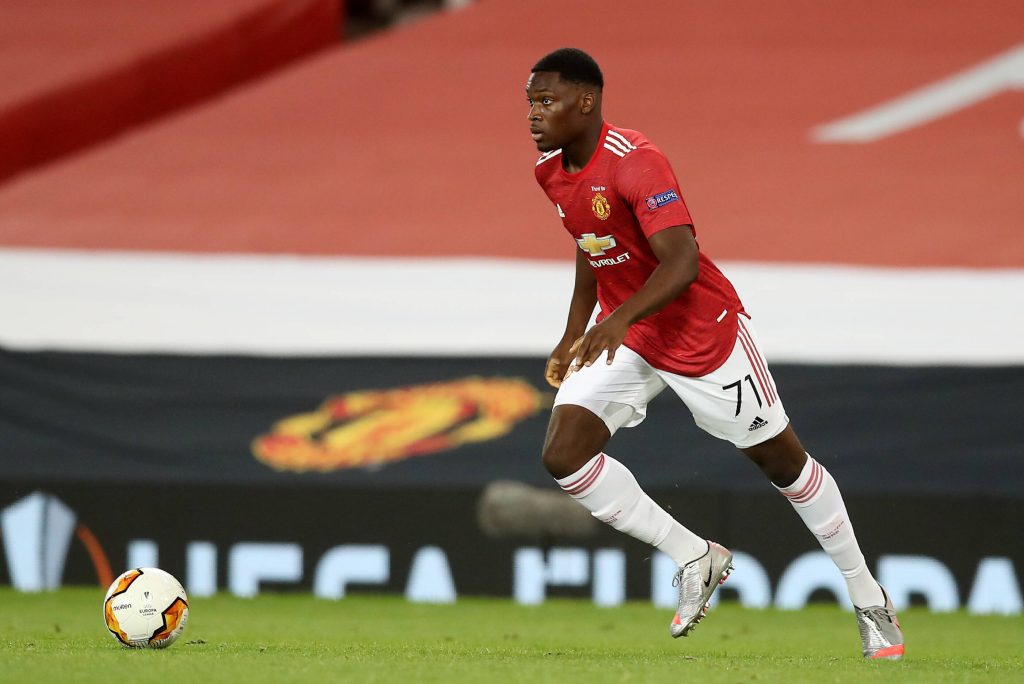 Manchester United have agreed a new contract with young defender Teden Mengi, as confirmed by the club’s official website.

Mengi came through the academy at Man Utd and earned his first professional contract in September 2019.

He made his senior debut last August, replacing Timothy Fosu-Mensah in the 2-1 Europa League round of 16 second leg victory over LASK.

The centre-back is yet to make a second appearance for the Red Devils, featuring only as an unused substitute. He has since been loaned out to Derby County in the Championship to gain some experience.

However, he is a player that Man Utd evidently wish to keep, with the club confirming via their official website that he has put pen to paper on a new deal. This contract will keep him at Old Trafford until at least 2024, with the option to extend for a further year.

The 18-year-old has received some praise for his performances on loan at Derby. The Rams, who are managed by Man Utd legend and all-time top goalscorer Wayne Rooney, have handed the teenager six appearances.

Speaking to Rams TV, as quoted by Sky Sports, Rooney said: “I have tried a three at the back few times, but tonight was the best we performed it.

The defender will be hoping to follow in the footsteps of other players to come through the club’s academy. The likes of Marcus Rashford and Mason Greenwood came through the ranks at Old Trafford and have since become some of the club’s most valuable assets.