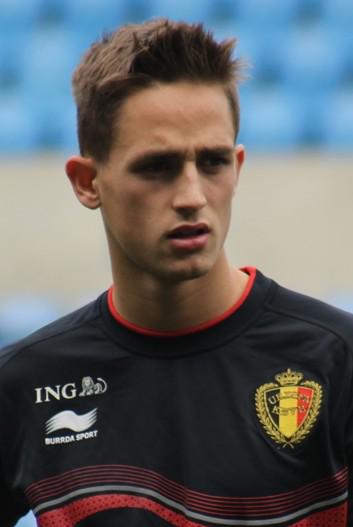 Adnan Januzaj goes back to Old Trafford next summer. It has just been revealed that Borussia Dortmund was not given the option of purchasing the midfielder after the end of his loan spell. Twenty-year-old Adnan Januzaj moved to the Bundesliga side this Monday on a one-season deal.

Free bet forums report that Januzaj has been bequeathed the No. 9 shirt and is likely to debut for Borussia Dortmund in Hannover on September 12th. Adnan will debut for the team after he comes from an international break.

However, come the end of the 2015-2016 season, Adnan Januzaj makes a comeback to the English Premier League side Manchester United. The return to Old Trafford will be regardless whether he makes a successful season at Westfalenstadion.

Punters trolling free bet forums state that the Manchester United team see the agreement signed with Borussia Dortmund as a way of getting Adnan the games he sorely needs.

A season at Borussia Dortmund will help the twenty-year-old to develop his skills, and the Old Trafford-based team is not anywhere interested in selling the player, well, not just yet!

The Long Contract Deal
As it is, Adnan Januzaj is still three years away from concluding a five-year contract deal that he signed with the Red Devils. The Deal came to pass in October 2013 after he broke into Manchester’s first team while he was still a teenager.

During his first season with the Red Devils’ Januzaj made 35 appearances under manager David Moyes. The recently concluded 2014-2015 season saw the young player appear only 21 times under the management of Louis Van Gaal.

Adnan Januzaj went on for six months without starting for the Premier League side. He was however brought back to begin with the team for a match against Aston Villa earlier in the month of August.

To prove his worth, Januzaj scored the winning goal at Villa Park securing his position in the team for the next three games. Januzaj, however, missed Sunday’s game where the Red Devils were defeated at Swansea ending the game 2-1 in favor of Swansea. Adnan Januzaj was out with a calf injury.

After securing the move to Bundesliga side Borussia Dortmund, Adnan gave an interview stating that the German team is a big club. The fans are also a thrilled lot, and he is pleased to be bequeathed the chance to achieve great things with Borussia Dortmund!

The Reassurance
Manchester United fans that hit free bets forums and the rest of the fans that were disgruntled with Adnan Januzaj move deal can breathe easy now.

The team manager Louis Van Gaal came out to reassure fans and the team that the young player will be returning to their stable once the 2015-2016 season concludes.

Also, the Belgian superstar has also stated that the move to the German league is a temporary one and one he is willing to make and boost his career. Adnan Januzaj is a favorite Manchester United player among punters who make free bet options, and his career is one they follow keenly.

After suffering a 2-1 defeat at Swansea City on Sunday, the Red Devils are now at position five on the Premier League. Manchester United team will make a comeback to top-flight action and will take upon Liverpool on 12th September after the end of the International break.

This article was written by author Tony Samboras who is a sports writer with a passion for soccer. Tony enjoys spending his free time researching the latest news and developments that go on in the world of soccer. When it’s time for business he writes for a paramount online sports betting website.