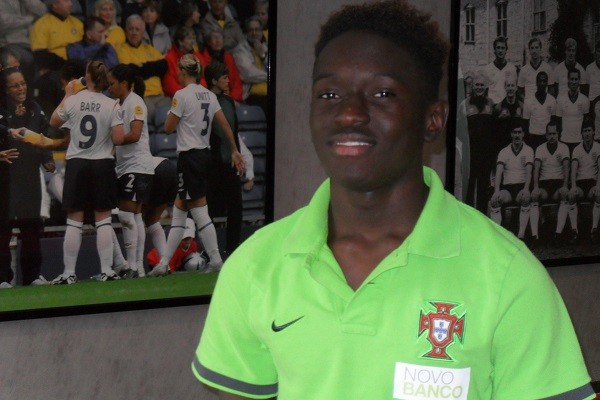 Manchester United are closing in on the transfer of highly-rated Chelsea midfielder Domingos Quina this season.

The 16-year-old Portuguese midfielder is frustrated with the lack of chances at Chelsea and believes that he can progress with a move to Old Trafford.

Manchester United have a great track record of relying on youth and Quina feels that he has a better chance of making the grade at Old Trafford than Stamford Bridge.

According to reports from Daily Mirror, Manchester United are preparing a bumper offer for the talented midfielder and will offer him a package that will be hard to refuse.

The Old Trafford outfit faces tough competition from Arsenal for the 16-year-old. Arsenal have a great track record of developing young players and Quina could well be tempted to play under Arsene Wenger.

Earlier there were reports that Manchester United are planning a massive overhaul of their Academy and youth recruitment set-up and the signing of Quina could be a massive step forward in the right direction.