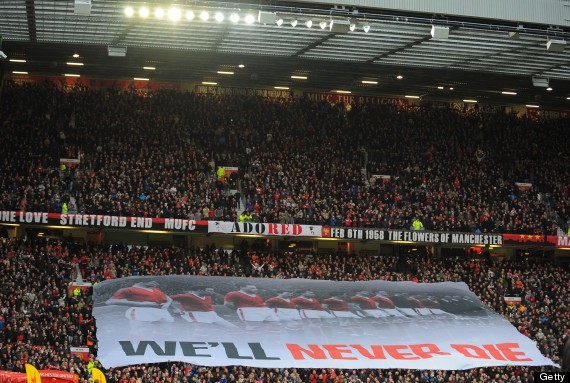 In the last two years, Manchester United and their fans have not enjoyed a great run on the field, which they cannot be proud about.

After winning the record 20th league title in Sir Alex Ferguson’s last season in charge at Old Trafford, the similar set of display and performance was expected under Ferguson’s successor David Moyes.

However, things did not go as per the plan at United as they finished seventh in the league in 2013-14 season. This led to the club show the exit door to Moyes just 10 months into his six year contract.

Louis van Gaal was brought to repair the damage and under the Dutchman’s guidance, United started playing different style of football. The change did help as it helped them finish fourth in the Premier League table last season and return to the Champions League.

Despite the transition at United, the Old Trafford faithful have always supported the team, irrespective of the result. The Red Devils are named as the best supported club in England are third in Europe, behind Borussia Dortmund and treble winners Barcelona respectively.

Only Arsenal and Newcastle United have made it to the top 10 list as they sit in seventh and 10th spot respectively.