Manchester United vs Arsenal: This is Wenger’s best chance of beating Mourinho 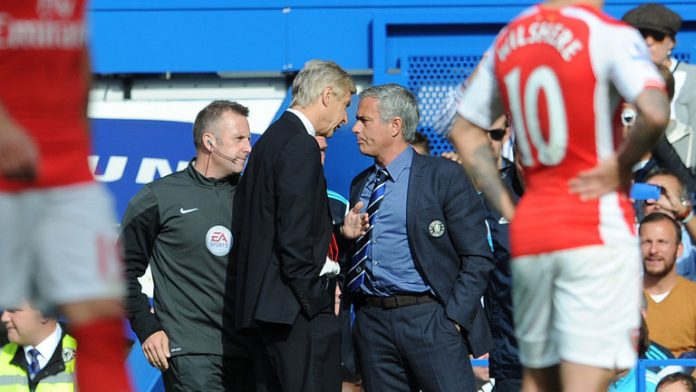 Now that the international break is over, it is time to sit back and enjoy club football again. It starts with a bang as Manchester United take on Arsenal in the Premier League on Saturday at Old Trafford.

With the way the 2016-17 Premier League season has panned out, it is clear that it is going to be a tight race. The top four teams are separated by just two points while the teams below them, especially Tottenham and Manchester United, aren’t out of contention either.

Manchester United are currently in sixth and trail the Gunners by six points. A victory will see the Red Devils closing the gap to three points, and it will put them firmly back into the title race. A defeat, on the other hand, would mean a huge blow to their title aspirations.

The Red Devils have an enviable record against the Gunners at Old Trafford, having not lost a single game since 2006. Furthermore, José Mourinho, the current United manager, hasn’t lost against Arsène Wenger in 13 competitive games since they first clashed in 2004.

United clearly have a psychological edge over Arsenal, but how big a role it will play in the match remains to be seen. What should really worry Mourinho is that United’s preparation for this game has been far from ideal as the squad is badly ravaged by injuries and suspension to several key players.

In defence, Eric Bailly and Chris Smalling are both injured while right-back Antonio Valencia is still recovering from surgery on a broken arm.

There are also doubts about midfielder Marouane Fellaini and full-back Luke Shaw, which will give Mourinho a strong selection headache.

On top of it, Swede striker, Zlatan Ibrahimović, is suspended for this game. Mourinho will have to count on skipper Wayne Rooney who is currently making headlines with the English camp for all the wrong reasons.

Arsenal have a good opportunity to register a rare win here at Old Trafford. Also, given United’s injury problems, Wenger will not get a better chance at beating a Mourinho side.

It’s not going to be easy. Mourinho has a proven track record of winning big matches, and may adopt a defensive strategy to frustrate their opponents.

In the 2013/14 season, Mourinho, the then manager of Chelsea, went to Anfield and fielded a weakened team against Liverpool. We all know what happened that day. Chelsea not only won that game, but also ended Liverpool’s dream of winning the Premiership title.

Arsenal are one of the in-form teams in the Premier League at the moment, and they haven’t lost a single game in all competitions since the opening day 3-4 defeat to Liverpool.

Can the Gunners finally end their Old Trafford jinx? Or will Mourinho have the last laugh? Roll on Saturday.