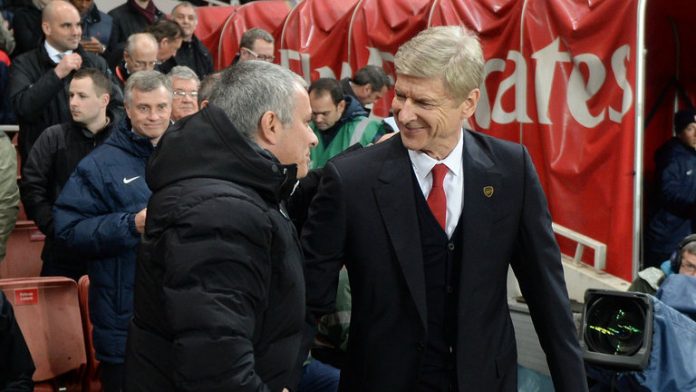 Manchester United welcome Arsenal to Old Trafford on Sunday aiming to strengthen their grip on second place in the Premier League.

Seven points from their remaining four matches would see United end the campaign as runners-up behind champions Manchester City.

Arsene Wenger’s announcement that he will end his 22-year association with Arsenal at the end of the season adds an extra dynamic to the match and the Frenchman will be eager to make his last visit to Old Trafford a memorable one.

United’s only injury concern for the game is back-up goalkeeper Sergio Romero, although Mourinho could make changes to his starting XI with the FA Cup final against Chelsea just a few weeks away.

Arsenal’s visit to Manchester comes in between their two Europa League semi-final ties against Atletico Madrid and Wenger may also be tempted to rest some of his star players on Sunday.

Mohamed Elneny definitely misses the game with an ankle injury, while both Henrikh Mkhitaryan and Jack Wilshere are battling back to fitness.

French striker Alexandre Lacazette has scored four goals in his last four league games but could drop down to the bench at Old Trafford.