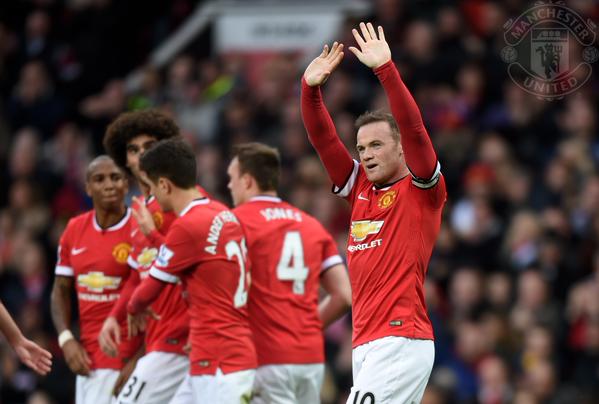 Manchester United secured a comfortable 3-0 win against Tottenham at Old Trafford this evening, thanks to goals from Marouane Fellaini, Michael Carrick and Wayne Rooney.

The hosts went ahead when Fellaini scored with a neat finish after being sent through on goal by Carrick. The provider turned scorer a few minutes later, as Carrick doubled the lead with an outstanding header past Lloris after a scrappy clearance from the corner.

United were relentless in the first half as the home side pressed for more goals. The likes of Blind and Young exposed Tottenham’s right flank as most of United’s attack came from the left side. Any hopes of a Spurs comeback was wiped clean when Wayne Rooney danced past the Spurs players and netted the third goal of the game in the first half.

Despite changing system after the first half hour, Pochettino’s side struggled to get any hold of the game, as the likes of Mata, Herrera and Carrick dominated the midfield with their slick passing and intelligent movement.

Manchester United played their best football in a while as Van Gaal’s men put Tottenham to the sword. The win sends United closer to Arsenal, who are just one point ahead at the third place. With Arsenal and United both winning this weekend, the defeat more or less ends Spurs’ chances of Champions League qualifications, especially with in form Liverpool in the mix as well.

Louis Van Gaal’s men travel to Anfield next week and the win will bring some much needed boost after a disappointing defeat at home to Arsenal last week.