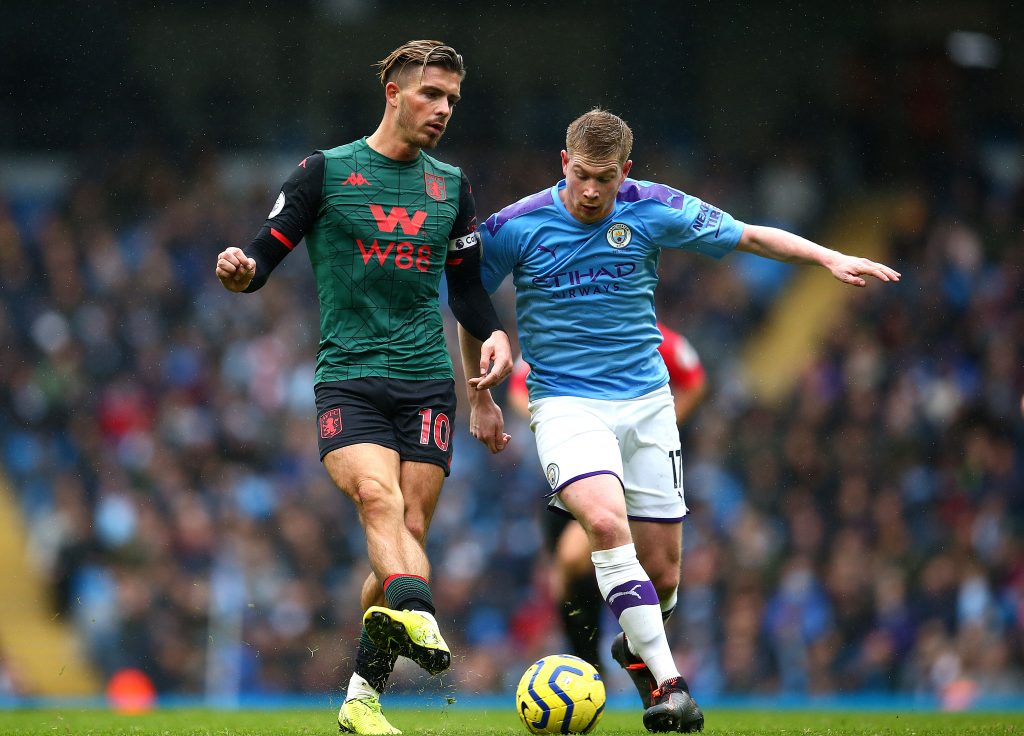 Manchester City are preparing a bid to sign Aston Villa captain Jack Grealish this summer, according to The Athletic.

However, the Midlands outfit are not keen on selling the attacker, and City would need to part with around £100 million to have a chance of landing him.

Grealish is admired at Man City, with Belgian midfield sensation Kevin de Bruyne a huge fan of the playmaker.

The PFA Player of the Year made it clear how much he rated the Villa star and asked to swap shirts after Belgium’s 2-0 win over England in the Nations League last November.

Villa clearly are no longer a selling club due to their current owners, but Grealish could be strongly contemplating an exit this summer.

Playing alongside de Bruyne and under manager Pep Guardiola are the stuff dreams are made of, and not many can turn that chance down.

Villa will be pushing for the top-six next season and have been making some quality signings in recent transfer windows.

However, they are a long way from assembling a squad akin to Man City’s.

The Villans have got a huge battle on their hands as far as holding on to their most important player goes, and it could ultimately be down to the man in question.