Living in central London has many perks, with the overwhelming rat race quietly offset by a number of extra-curricular outlets.

One of which is always having between 3-5 Premier League ‘choices’ every weekend, with the likes of Arsenal, Chelsea, Spurs and Fulham all rolling out the show, as they have done since the beginning of our collective obsession. 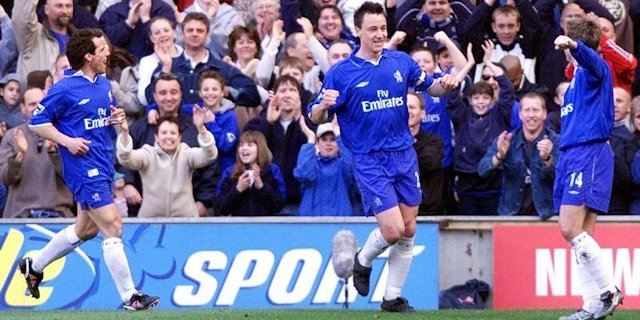 It just so happens that I had sidled down to Stamford Bridge one afternoon in March 2003, and watched what was arguably one of the most one sided, utterly comfortable displays from any one team.

Manchester City, playing in a slightly lighter shade of their traditional sky-blue, where obliterated by Chelsea with the kind of nonchalance that is no longer evident in this league, and not even between the most mismatched of opponents.

It was a game utterly dominated by the Londoners, who strolled forward relentlessly through a clueless Kevin Keegan creation of elderly has-beens and irrelevant nobodies. The five goals that Claudio Ranieri’s Chelsea scored was arguably the bare minimum that could have been acquired by a side full of fascinating attacking partnerships, and eternal legends in the making.

The likes of Frank Lampard, John Terry and Gianfranco Zola all played their part, as did the devastating Jimmy Floyd Hasselbaink and the Berbatov-esque Eidur Gudjohnsen.

City possessed a strike force of Nicolas Anelka and Robbie Fowler, who exuded as much attacking potency as a Chichester tea room, and as much determination as an elderly cat on a trampoline.

The Citizens had no reply, with the aforementioned trio of Hasselbaink, Terry and Lampard all netting along with Mario Stanic and William Gallas, the game was a typification of the tired ‘training match’ cliche.

Times change however, and what a difference a decade can make with the right amount of money. Both Chelsea and Manchester City have undergone a complete overhaul, proving definitively that an influx of investment can transform a side, city and culture. Neither were considered to be in the top echelons of the English league, but now they practically lead the way on almost every front. 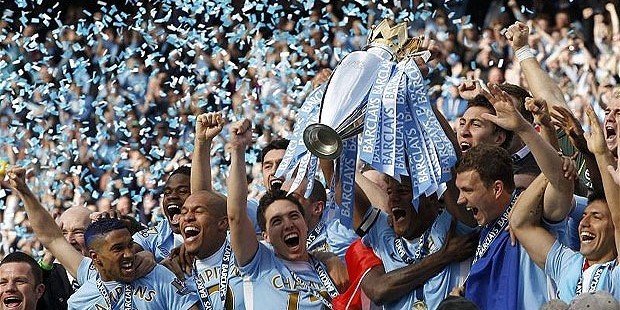 For Chelsea, a steep but gradual path up to the top was provided through Russian billions; while City have been propelled into the stratosphere, not unlike a certain Buzz Lightyear and his store-bought, potentially illegal firework.

The two will lock horns tonight at the Etihad in what is arguably the biggest match of the season so far. Manuel Pellegrini’s men have left so many in their wake engulfed in a metaphorical flame, and with a hard-hitting humiliation of which we have not witnessed since the days of Arsenal’s ‘Invincibles’.

But Jose Mourinho knows that they are not infallible, and with the right tactics, there is the potential of taming the beast. The Portuguese arguably has the best tactical mind in the league, and if there was ever a team to prevent a battering, it is the Blues.

How they would wish for a Hasselbaink this evening however, for a striker to be as a shark among the turbot. The Dutchman’s penchant for devastation made him one of the most feared strikers of a Premier League generation, but it is down to Samuel Eto’o to roll back the years once again, and prove that Jose knows best. 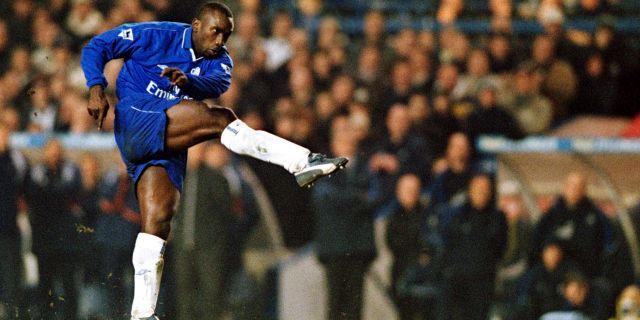 Sergio Aguero, quite mercifully for Chelsea, will not take part in tonight’s clash. The currently-injured Argentine is about as lethal as they come. His talents will be sorely missed, but such is the City machine and it’s faculties, they can call upon Alvaro Negredo and Edin Dzeko to seamlessly enter the fray.

It is that seamlessness that makes Pellegrini’s side such a rare commodity, as his counterpart Mourinho highlighted back in December,

Having lost every league game at City since 2008/09, solutions are very much in demand at Chelsea. All eyes will be on the respective strikers on show tonight, as the two sides continue to hog the spotlight, with their vastly differing pasts looking further and further away from so high up in the heavens.

What do you think? Who will come out on top tonight? Let me know in the comments below…