The Player of the Year award shortlist was announced on Wednesday and the list comprised Leicester City trio Riyad Mahrez, N’Golo Kante and Jamie Vardy along with West Ham Untied’s Dimitri Payet, Tottenham Hotspur’s Harry Kane and Arsenal’s Mesut Ozil. Who stands the best chance of adding a personal trophy in his cabinet at the end of the season?

The Frenchman transferred last summer from Marseille for just around £10.7m. Payet’s impact has been little short of sensational and the seamless fashion in which he has adjusted to a new country, league and club is absolutely incredible. Despite missing two months of action through an ankle problem, he ranks third in the Premier League table in number of chances created. He has 9 goals and 8 assists in the league. One can imagine the number would be higher if he didn’t miss those two months of football. Again, what was incredible is the fact that he didn’t take long to get back to playing at the same level even after a serious injury. He has quickly become a fan favourite at the club and his impact has been likened to Paolo di Canio, as fans have been ready to thrust the legend status on the Frenchman since his performance against Arsenal on the opening day of the season.

The 29-year-old has done incredibly well and rightly finds himself in the nominees. There is little doubt that Payet has been spectacular this season. His capacity to make the difference in tough situations is brilliant and his free-kicks have been a delight to watch. However, the two months he missed would hurt his case with others in his playing position – Ozil and Mahrez – producing much more as far as numbers are concerned. 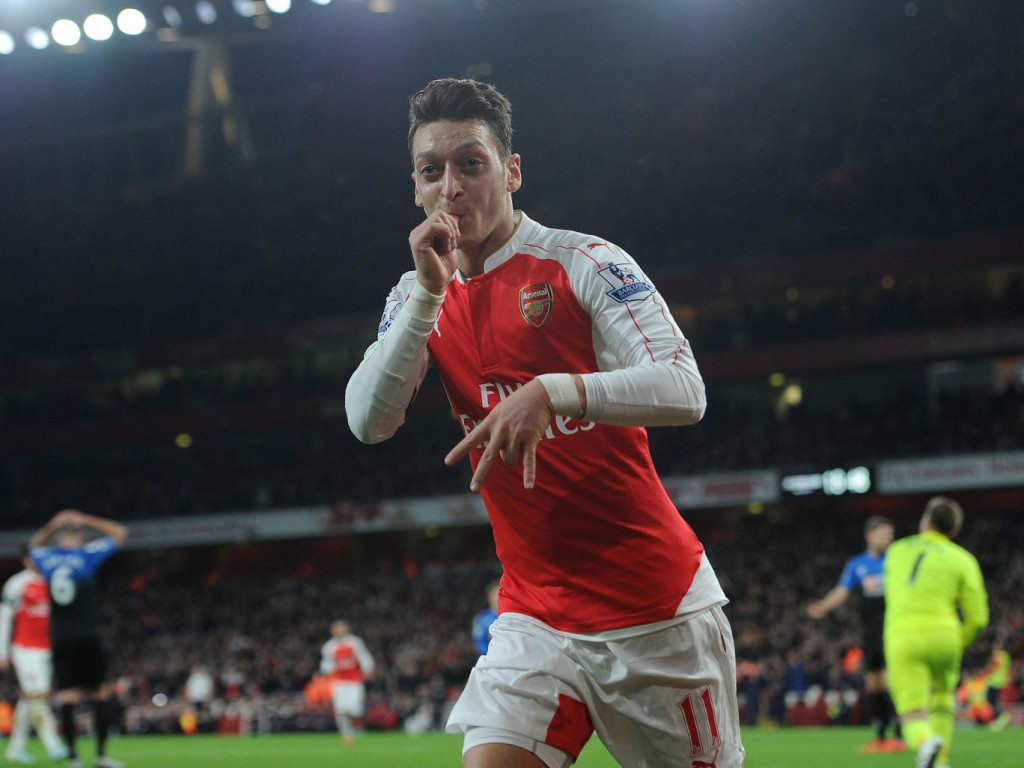 The 27-year-old is one of the best in his position in world football. He began the season in brilliant fashion and was consistently registering himself on the assist board and currently has 18 assists and 6 goals to his name. This is a significant improvement over last year when the German was pretty lacklustre and ended the season with 4 goals and 5 assists (though he did play only 22 league games). The 27-year-old possesses wonderful ability on the ball, has great vision and can lay gorgeous passes which have so often led to a goal. He has created 123 chances in the league.

Ozil’s incredible 18 assists have slowed down since the turn of the year and he has only managed 2 goals and 3 assists in the league in 2016. The problem with Özil at Arsenal has always been consistency. While there has been a drastic difference in output and the attacker will end the season with the best numbers for a season in his career so far, the fact that his performances have dipped in the last few months will play a part against him winning the award.

The Spurs talisman started the season very slowly and many made the stupid mistake of considering him to be a one season wonder. He’s the league highest scorer with 22 goals currently.

Kane scored only one goal, a contentious one against Man City, in nine games which naturally arose the “one season wonder” suspicions. However, his form took off in October, as he ended a drought with a hat-trick against Bournemouth and has consistently been on the scoresheet since. Now the 22-year-old has bettered last season’s tally of 21 goals in the league and still has five games remaining to try and aim to get as close to the 30 goal mark.

Not only has he proved he’s not a one season wonder, at 22, he has handled the pressure of being the club’s only senior striker. After missing out on Sadio Berahino, many thought Spurs’ campaign will crumble because of the lack of options up-front. Kane has shown incredible mentality and character by delivering the numbers he has. Given he has also been nominated in the Young Player of the Season category, it is likely that he will win that award, and defeat teammate Dele Alli in doing so. He does stand a good chance at winning the senior one as well, but if Leicester City win the league, it is more likely one of the three Foxes we are getting to, will be awarded the individual prize as well.

Another Frenchman who transferred from Ligue 1 last summer and seamlessly managed to make the transition to a new league, club and country. Kante has been an absolute powerhouse in the heart of the pitch for Ranieri’s side. He has made more tackles and interceptions than any player in the league to and has become the the heartbeat of the Leicester team. There is no doubt that he runs and runs, and there are several running jokes about it, but his football intelligence undoubtedly plays a crucial role in his game as well.

It is rather unfortunate that awards go mostly to attackers (the fact that a defender has failed to make the list of nominees illustrates the point) or else Kanté would have stood a real chance at winning this accolade. He has been the spine and an invaluable part of the team. What would perhaps make the hurt of potentially losing the award a little less is that it would probably go to one of his other two teammates.

Vardy became the talk of the town when the Englishman managed to set a new record of scoring in 11 consecutive games. There are talks of his story being made into a movie which really tells you what a story his life has been. He has 21 goals and 7 assists to his name so far. Vardy is aggressive in closing down spaces, attacks those spaces, and is always looking to go in behind. He manages to set the tone for the rest of the team and is constantly running. In terms of how he operates and , he is not too different from the Luis Suarez we saw in Liverpool’s failed 2013/14 title challenging season.

Vardy definitely has a very strong chance of winning this award.  Even when he wasn’t scoring, and there have been those patches, he puts in a shift for every 90 minutes and manages to make a difference by creating chances for his teammates to thrive on. It’s no wonder he has 7 assists to his name as opposed to Kane’s solitary one. The Sheffield United youth academy reject has managed to tear the most glamorous league in the world this season.

Hardly anyone would dispute the 25-year-old winger’s contribution to Leicester City’s incredible season. He has 16 goals and 11 assists so far this season which make it even more difficult to fathom that he cost the Foxes £560,000 from Le Havre in 2014. The Algerian international needs space to weave his magic and naturally, he isn’t always provided with that. It is how he breaks the lines and works his way out of tight areas which make his game so threatening overall.

Mahrez’s 16 goals are what should get him the award. Players like him, who play anywhere on the pitch behind the striker, so often dazzle with their flair and trickery. They possess beautiful incision and finesse with the ball, but lack the end product. Mahrez, however, backs that up his panache and dazzling skills with an end product where so many fall short. He is the man with magic in his boots and is the favourite for the  player of the season award.