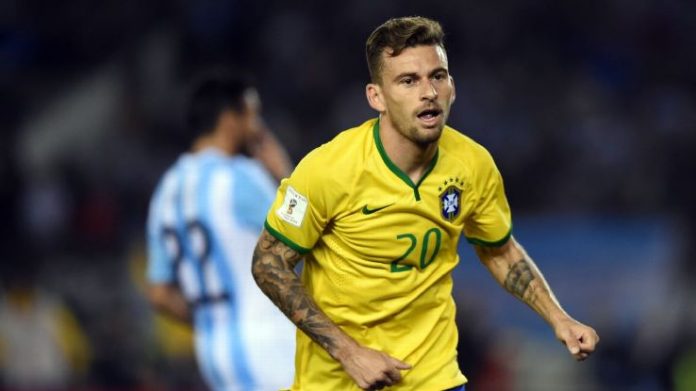 Brazilian midfielder Lucas Lima is interested in making a move to Europe this summer and the player has indicated that he would be willing to join a club like Chelsea.

The Santos midfielder has been on fire this season and has been linked with moves to Barcelona and PSG as well. The player is not keen on signing for just any other club and only wants to join the very best.

Speaking to the reputed Brazilian newspaper Globo Esporte, the 25-year-old said: “I don’t want to leave for just any club; I want to play for a big team from Europe. There are many… Barcelona, Real Madrid, PSG, Chelsea.”

Recently the technically gifted midfielder got rid of his previous agent because he failed to get Lima a move to Europe. The Brazilian is now working with the super agent Wagner Ribeiro, who also represents Neymar, Lucas Moura, and Gabigol.

Chelsea midfielder Oscar has been linked with a move away from Stamford Bridge this summer and if that happens, Lima would be a tremendous addition to the Chelsea side. His flair and creativity would relieve some of the creative responsibilities off Eden Hazard.

Furthermore, Lima is a versatile attacking midfielder who can fill in a number of positions and add depth to the Chelsea attack.