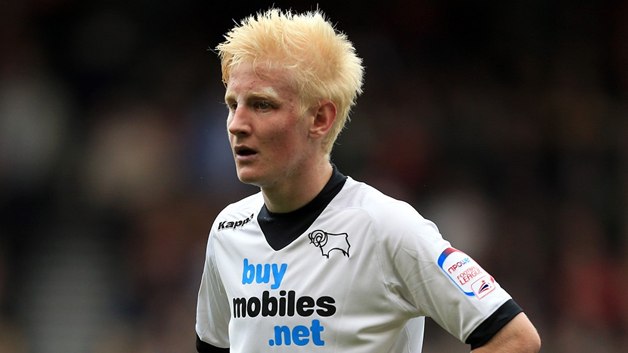 Championship outfit Derby County have received enquiries from a number of sides this summer for highly-rated midfielder Will Hughes – most notably from Liverpool of the Premier League.

The 18-year old has fast been making a name for himself. Last season, he made 35 appearances for the Midlands side, scoring two goals, and making as many assists.

He signed a new deal with Derby in April last season, but his manager Nigel Clough has previously admitted Hughes could be sold for the right price.

Will Hughes’ asking price is said to be around £3M, but Derby may want a more lucrative bid before letting their prized-asset leave.

Liverpool manager Brendan Rodgers has long admired the young midfielder, and has recently sold Jonjo Shelvey, which potentially leaves a void in the side for a hot prospect to work his way into the first-team.

Hughes has played three games already of the new season, and is blasé at the thought of his future being up for speculation. Despite being only 18 years of age, the exciting midfielder isn’t getting carried away with the ongoing rumours.

An England U21 international, the Derby man is regarded as one of the hottest prospects in the league and potentially one of the best of his generation. With the ability to unlock defences with one pass, Hughes is also very sure-footed and can ghost past players with consummate ease. He’s tipped for England success.

Aston Villa have long been linked with Hughes, but have so far failed to make an official bid. Manchester United were also another side said to be scouting him during games last season where he greatly impressed, but have not tabled an offer.

Derby manager Nigel Clough is resigned to be losing him to a top side in the near-future, but stressed how it’s important Hughes continues his development with the Midlands outfit as they can promise him regular first-team football.