Liverpool suffered their second league defeat of the season after they were beaten by league leaders Arsenal who moved 5 points clear at the top of the table. 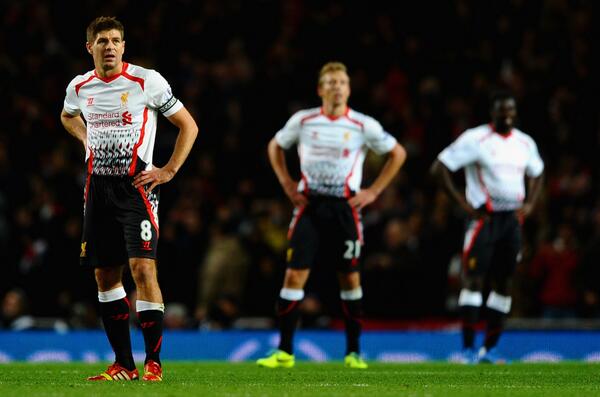 To be fair to the Reds, they have had their share of chances and had they taken those, the results could have been different. But, overall, they have lost to a quality team who taught them the art of ball retention a bit.

In the preview, we speculated that how Arsenal midfield would cope up especially in absence of Flamini and Wilshere. But, Arteta and Ramsey demonstrated some excellent disciplined midfield play and that is where the game has been lost for me. Liverpool couldn’t control the midfield at all. Here are my player ratings:

The Belgian shot stopper looked shaky yesterday despite some brilliant saves. He flapped the ball on few occasions dangerously in the penalty box while his distribution was way ward as well. While he had no chances of saving those two goals, but overall his performance was ok, nothing special.

The youngster was used for the first time in place of Glen Johnson and the local lad did well within his limited capacity. In a big match like this, and especially in Brendan Rodgers’ 3-5-2 formation, the wing-backs play a major role attacking wise. It would be harsh to criticize the young boy, who is not accustomed to this system very well.

Victor Moses – 4/10 (sub) – came on in place of Flanagan and had some 20 minutes or more to mark an influence in the game.

Aly Cissokho – 3/10 – Fair rating? I mean, what was he doing there on pitch? He was struggling defensively, failing to provide support attacking wise, picked up a yellow card and was substituted at half time. Liverpool needs Enrique badly.

Mamadou Sakho – 6/10 – Sakho had a very good game. He was strong defensively and made some very good interceptions at the back.

Martin Skrtel: 6/10 – Another strong performance from the Slovakian. He was terrific at the back and provided what-ever-little security he could give to his goalie.

Kolo Toure: 5/10 – It was a typical Toure performance. He moved up the pitch, gave his all, but on odd occasions, made errors too, for example that poor pass to Skrtel which Giroud intercepted which could have led to goal.

Lucas Leiva: 4/10 – Sorry, I am not convinced. We have seen Lucas playing much much much better than this. Where was his stamina? Where was the steel at the heart of midfield? It was his positional blunder (failing to mark Ramsey that led to the second goal) 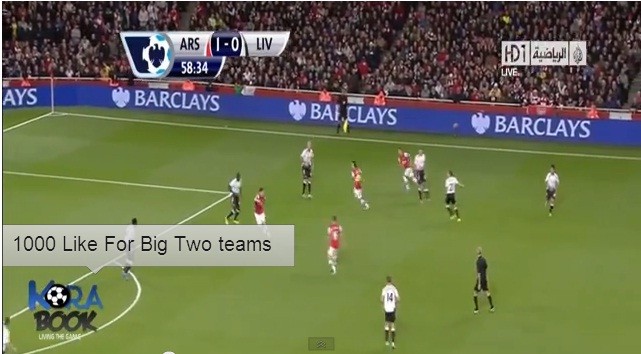 Sorry, I didn’t find a better video – look at the position of Lucas and how Ramsey finds himself in acres of space. Gerrard couldn’t prevent the delivery of Ozil as he was stationed on that flank but what was Lucas doing there? Who was he marking? Look at the gap between him and Henderson – that’s poor defensive job.

Steven Gerrard – 5/10 – It seemed to me, he was playing as a non-playing captain. He and Lucas failed to provide the steel and creativity in the middle, Liverpool suffered.

Jordan Henderson – 7/10 – My man of the Match. What a performance lad! Yes, he should have scored that goal but then again Suarez should have passed to it to Sturridge as well. It can happen to anyone but through out the 90 minutes he not only chased down every players he possibly could but did an excellent job as right back as well.

SAS – combined 6/10 – Possibly because of lack of creativity and supply from other players they had to drop deep to engineer something out of nothing and looked lively only when Coutinho came on.

Let me know your ratings and thoughts below…