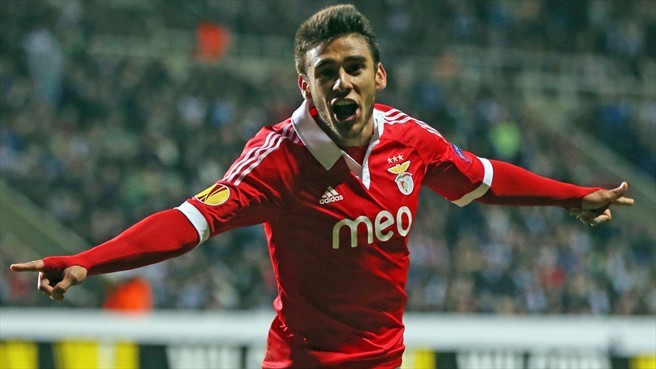 According to reports from Italian website TMW who have cited Portuguese media outlet O Jogo, Liverpool will try to sign Benfica striker Eduardo Salvio in the upcoming summer transfer window. However, any such move for the 24 year old Argentine will come with work permit issues.

We had earlier reported that players outside the European Union have to meet strict criteria to get work permits. As Salvio has featured in just a handful of international games for Argentina, it could jeopardize his move to the Premier League.

The striker however has a whopping €60m transfer release clause and currently tied to Benfica until 2017. However, Salvio and his representatives want to lower his current release clause and will in turn sign a one year contract extension till 2018.

Earlier British tabloid Daily Mirror had reported that Manchester United had also sent scouts at Estadio da Luz in the first week of march to keep an eye on the player.

Salvio can play as an attacking midfielder or on the wings and also as a striker which makes it a fascinating prospect for potential suitors to acquire his services. But it is highly unlikely that either of Liverpool or Manchester United will spend such a whopping transfer price for a youngster who has no experience in Premier League football.