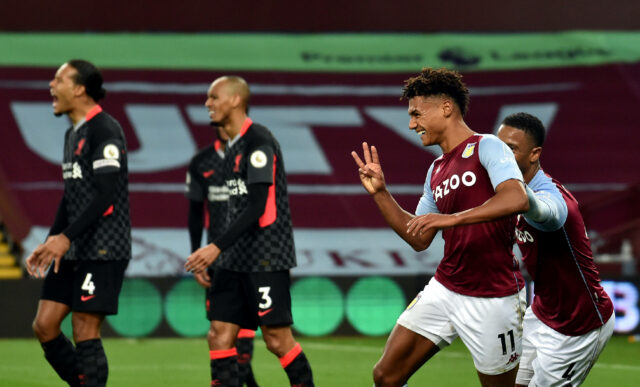 Liverpool have bolstered their defence this summer by signing Ibrahima Konate from RB Leipzig for around £35 million.

According to Goal.com, the Reds could make at least two more signings, but it’s the ‘wait and see’ period at the moment.

The Reds need to sell some of their players to recoup funds for new arrivals. And they are keeping tabs on two players from the same club – Aston Villa.

Bolstering the midfield is key for the Reds. Gini Wijnaldum has left on a free transfer and the club need to sign another midfielder, although it may not be a like-for-like replacement.

The Reds are interested in John McGinn, with Jurgen Klopp a big fan of the player.

The 26-year-old joined Villa 2018 from Hibernian. It was a low-key signing, but McGinn has turned out to be an excellent acquisition for Villa.

The Scotland international has proved his class in the Premier League, and he certainly has the qualities to be a regular starter for the Reds.

Another Villa player liked by Liverpool is Ollie Watkins.

The 25-year-old joined Villa from Brentford last summer and enjoyed a superb campaign, scoring 16 goals in all competitions – 14 in the Premier League.

With Divock Origi likely to depart, and Firmino struggling to find his scoring touch, the Reds need to sign another striker this summer. Watkins would be a brilliant addition for Liverpool.

However, Villa paid £28m to sign Watkins, and it will need a massive bid to lure him away from Villa Park. The same also goes for McGinn.