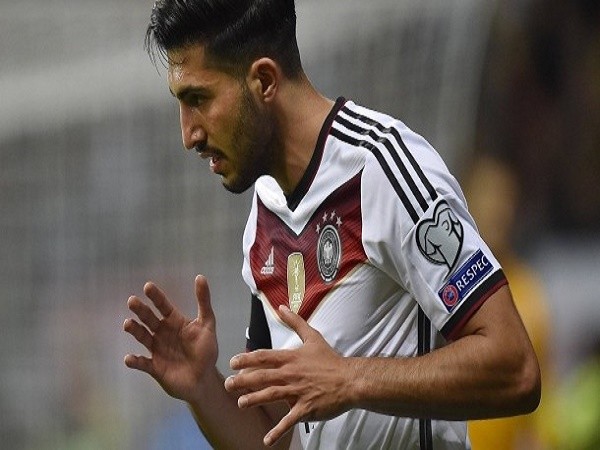 Liverpool’s stars had low-key international outings and they are due to be back in familiar surroundings as they face off against Manchester United in a crucial league encounter at the weekend.

We take a look at how the players fared in their games during the international break.

The 21-year-old made his first senior appearance in the white of Germany as the world champions saw off plucky opposition in the forms of Poland and Scotland. Although he was played in a less-favoured right-back position, two full 90 minute appearances will do Can’s confidence a world of good.

Emre Can being congratulated by his team-mates. pic.twitter.com/FjtBxO4Rnh

Following the game against Poland, Can was congratulated by his new team-mates.

Clyne and Milner in low-key displays for England

It was Wayne Rooney’s England goalscoring record which made the headlines left, right and centre and the two Reds in England’s squad, James Milner and Nathaniel Clyne, produced functional but barely eye-catching displays in the Three Lions’ wins over San Marino and Switzerland.

While Clyne played the full 90 minutes and impressed against San Marino, Milner looked off-colour and was taken off at the hour mark. Whereas in last night’s game against Switzerland, it was Milner who completed the match from the start as Clyne was taken off just after England took the lead.

Benteke lambasted by manager Wilmots as Origi gets game time

Summer signing Christian Benteke, who missed Belgium’s first game of the international break, was included in the side that narrowly beat Cyprus. Benteke’s performance was criticised by manager Marc Wilmots, who termed it as a “half performance,” and even took him off at half time.

Meanwhile, another Belgian striker on Liverpool’s books, Divock Origi, had run-outs in both games against Bosnia-Herzegovina and Cyprus. Incidentally, it was Origi who replaced Benteke in the Cyprus game. Reds goalkeeper Simon Mignolet was an unused substitute in both games for the Red Devils.

Brazil played out two friendlies against Costa Rica and the USA, and both games allowed Liverpool’s twin Brazilian attackers, Philippe Coutinho and Roberto Firmino, little game time with coach Dunga harbouring no plans to make either player a key member of the side yet. Coutinho played the final 25 minutes of game against Costa Rica while Firmino played the entire second half in the 4-1 win over the USA earlier today.

An eye on the central defenders

Centre-back Martin Skrtel played the full 90 minutes of Slovakia’s Euro 2016 qualifier against Ukraine yesterday after sitting out the game against Spain last week due to suspension. Dejan Lovren, who was part of Croatia’s squad, failed to break into the starting eleven and was an unused substitute. While Mamadou Sakho wasn’t even called up to the France national team owing to his lack of first team opportunities at Anfield this season.