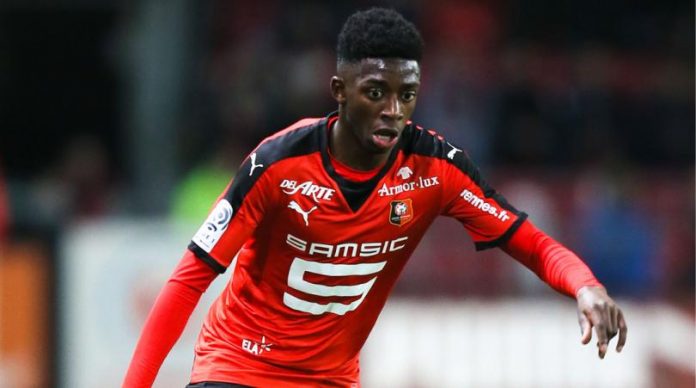 According to reports from the Guardian, Liverpool have been offered encouraging signs to sign French winger Ousmane Dembele. The 18 year old teenage sensation has been in stunning form for Ligue 1 side Stade Rennes having scored 12 goals in his first season as a professional. It is believed that Liverpool are competing against their manager’s former side Borussia Dortmund in a deal that could be worth £28m.

Dembele had already revealed earlier this week that he will be playing his last game for Rennes in the weekend. The winger stated that he knows “where he is going” and it is believed that he wants to ply his trade in the Bundesliga. Earlier last month, Dembele had visited Dortmund’s training ground with his mother and representatives.

European giants Barcelona and Bayern Munich have also been heavily scouting the player this season, but it is the Reds from Merseyside who are in serious contention to acquire Dembele’s services. In fact, the report from Guardian also states that Dembele has spoken to Jurgen Klopp over the phone and is believed to be impressed with his plans. 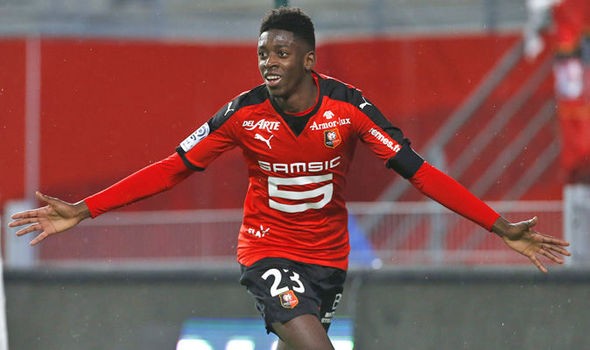 However, a decision is yet to be made as there is a wrangle between Rennes and Dembele’s long term representative. The French side are willing to sell the player to Dortmund, the German giants who earlier had a bid rejected, but have indicated that are willing to meet the winger’s evaluation.

Newly crowned Premier League champions Leicester City are also after Dembele but the midfielder stated that he had no interest in a switch to the King Power Stadium. Chelsea, Manchester City and Arsenal are also interested in the French youngster who became the youngest-ever to score 10 goals in Ligue 1 earlier in the season.