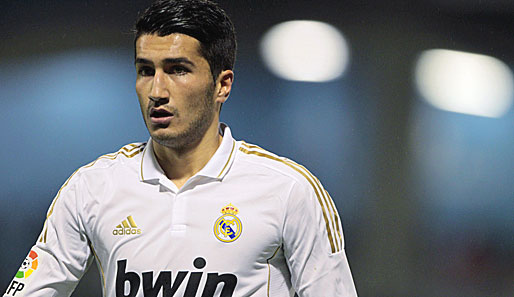 As the transfer window winds down, one name that has been consistently rumoured with a move to the Premier League is Nuri Sahin. The talented Turkey international looked to have had a season-long loan move to Arsenal wrapped up, as Arsene Wenger searched for central midfield options after the sale of Alex Song. However, with financial disagreements tarnishing a switch to the Emirates Stadium, Liverpool appear to have stolen a march on the Gunners.

Jose Mourinho is happy to allow Sahin to leave the Santiago Bernabeu on loan given the engine-room talent that he has at his disposal in Los Blancos’ squad. Arsene Wenger’s admiration for Sahin’s abilities over time has been expressed, and the details over wages and other stipulations were thought to have been clarified for the 23-year-old to move to north London. However, the sticking point is over a potential fee that Arsenal would pay Madrid to make the deal permanent next summer, with a figure not being agreed upon.

Crucially, Liverpool have now been bold in seeing the opportunity to bring the creative midfielder to Anfield, and are rumoured to be ready to pay a bigger quota of the player’s £120,000-a-week wage than Arsenal have offered. Reports in Spain suggest that the Turk will now fly to Merseyside on Friday to undergo a medical in advance of a deal being concluded. Brendan Rodgers has confirmed that the negotiations are at advanced stages and that a conclusion one way or the other can be expected very soon.

“Hopefully in the next 24 hours we will get some confirmation on that. It’s quite far along. He’s a very good footballer,” the Reds boss told reporters after his side’s 1-0 victory over Hearts on Thursday night. 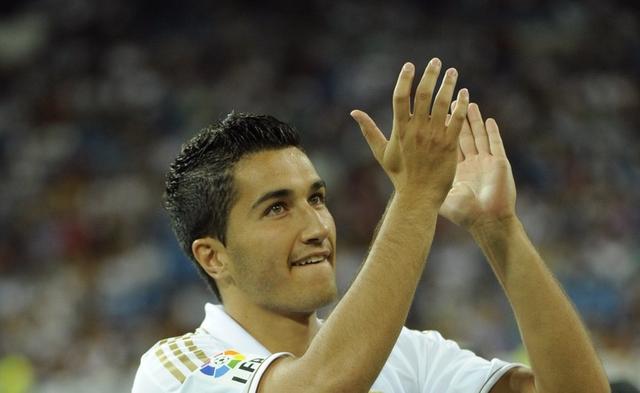 Sahin’s capture would be something of a coup for Liverpool. The 23-year-old was one of Europe’s most sought-after talents this time last year after leading Borussia Dortmund to the German top-flight title and being awarded the Bundesliga Player of the Year award. A cruel run of injuries and the existence of Xabi Alonso, Mesut Ozil, Sami Khedira, Lassana Diarra and others has seen the Turk fall from grace slightly.

The move to Liverpool for Sahin is a glorious opportunity for him to reignite his career, and the player will fit into Rodgers’ attacking and positive footballing mentality perfectly. The playmaker is adept at picking an inch-perfect pass, comfortable in possession and will add a guile and creativity to the Reds midfield. In a trio alongside Steven Gerrard and Lucas Leiva or Joe Allen in the centre of the park, it is a mouth-watering prospect for the Kop. Although the Reds will have another sizeable wage to cover for a year, the absence of a transfer fee will also please the Fenway Sports Group no end.

Arsenal will hope that they do not live to regret the close miss of bringing Sahin to the Emirates. Although Song’s departure would suggest that a more defensive and deep-lying player should be on Wenger’s wishlist, someone like Mikel Arteta or Jack Wilshere when he returns could certainly be used in that role, allowing an extra creative player further up the pitch. Only time will tell.