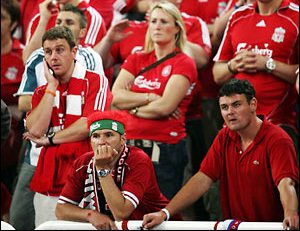 A strong finish last season under the legend Kenny Dalglish and the injection of money by the owners to add talent in Liverpool’s squad reignited hope amongst the supporters that the club is back to winning ways. Nevertheless four draws at Anfield in six games and Liverpool are struggling to beat the promoted sides when the task of getting into top 4 is harder than ever.

The agony of their inability to score goals and finish teams off is infuriating and the fresh faces on whom the club spent millions cannot avoid the share of blame. What’s more maddening is the start made by new arrivals of Liverpool’s rivals. Ashley Young has been an instant hit at United even though it was Downing who finished Villa’s player of the season and not him. Gervinho is pulling the strings at Arsenal having lost two world class players in Nasri and Fabregas. Liverpool missed out on Mata who week in week out shows his class for Chelsea and even Tottenham’s Scott Parker is now a core part of his side. That has highlighted the setbacks of Carroll, Henderson and Downing who have not lived up to expectations at all.

Charlie Adam has been performing well on and off and not much noise is heard about him as the club did not spend heavily for his services. The Spanish left back Enrique is by far Liverpool’s best signing of the summer, was bought for a bargain. The main concern is in fact the three English players for whom the club spent a massive 71 million pounds. The worst way to define their performances is:

Liverpool signings were all based on stats and performances. These three performed well for their previous clubs but the challenge at Liverpool is not that simple. Fans do not want them to end up like Robbie Keane who was good at Tottenham but could not fit in Liverpool. For now things seem as if that’s exactly the case.

Last year Downing scored ten goals and provided pin point crosses for Aston Villa but for Liverpool he is yet to open his account having started every league game. Some poor finishing from LFC players means Downing have no assist yet, lately as Carroll missed a sitter but overall his crossing has been all over the place. Against Swansea, Downing made 8 crosses with only 2 of them being successful that by no means indicate value for money. Strange that he maintains his starting place when Bellamy has been impressive and deserves to start.

The case of Jordan Henderson is even worst. If his own words were not enough than his performances as a winger say it out load that he is not comfortable on the flanks. The talented boy has pace, but no dribbling skills or brilliant crossing ability to be termed or played as a winger. His natural position is center midfield that in Liverpool is too strong for him to start ahead of Gerrard, Adam and Lucas. However since Liverpool have spent a lot on him so time and time again Kenny opts to start Henderson instead of much effective Dirk Kuyt on the right. That in turn hinders their performance.

Andy Carroll is normally haunted by that price tag of 35 million. Many believe it’s not his fault that he cost that much but the fact is Liverpool has paid that amount and now he has to deliver. At the end of the day, if you buy a player and he performs well, no one will remember the cost. The big fellow is trying his best to get into scoring positions but not getting much help from the crosses. The wing service not being up to the mark is one thing but Carroll has only been able to link up well with Suarez against West Brom else he has not been mobile enough to keep up with the constant drive of the Uruguayan.

Liverpool could not buy world class talent as they were not in the Champions League. Still having spent 100 million on new arrivals; there is no excuse or sympathy if they finish out of top 4 yet again. Owner John W Henry has reiterated many times that Liverpool target champions league football so anything below top 4 is an immense failure. Kenny Dalglish claims:

Liverpool surely need to solve them soon to turn the situation around with instant improvement from the new players as the fixtures only get harder.