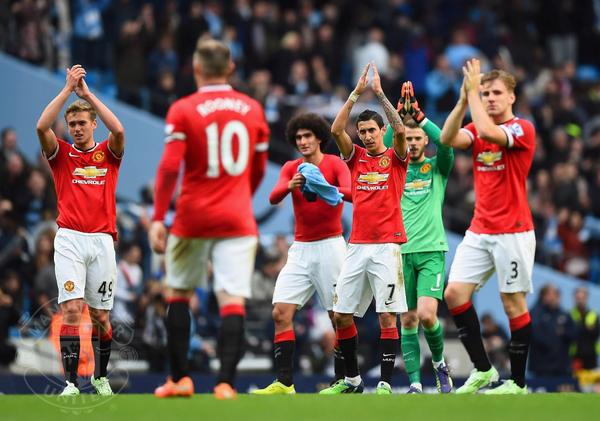 Manchester United’s defeat to City in the Manchester derby marked the club’s worst start to a season since 1986. Many questions have been asked since the start of the season but the performances against Chelsea and City have suggested a top 4 finish is still well within their reach.

After last season’s 7th place finish, a lot of changes had to be made at United. We’ve seen them spend big to bring in players with mixed results. The signings seemed to all come together in the 4-0 win against QPR but in the next match, the 5-3 defeat to Leicester highlighted the massive defensive problems. Since then the results had been up and down with great attacking play inspired by Angel Di Maria but then goals still being conceded. David De Gea has had to bail out his teammates on more than one occasion as well.

When they looked at the first 8 fixtures, they must have thought that at least 19 points out of 24 was very achievable but they only managed a disappointing 12. Their first serious test was against Chelsea. Many pundits and football neutrals thought Mourinho’s men would stamp their authority and win the game relatively comfortably. They certainly did show their quality and power in the second half where they should have scored more than once. However in the first, United were a match for them, which probably would have been a surprise to people.

The goal from Robin Van Persie would have given the squad a massive boost of confidence because it showed they could compete with the current best team in the league. Manchester United should always do that but at the moment, it is clear that they are not on the same level as Chelsea or City in terms of players, even the fans would agree with that. With City’s recent dip in form, United went into the derby thinking they genuinely had a good chance of going home with something.

United played with that mentality as they had the majority of the possession in the opening 30 minutes. Possession does not win matches however as City created more clear-cut chances. Chris Smalling’s sending off gave massive impetus to the home team. They proved to be too strong especially after Marcos Rojo went off injured leaving a back four of Antonio Valencia, Michael Carrick, Patrick McNair and Luke Shaw. United pushed hard for the equaliser in the last 15 minutes but to no avail. However, again their fans shouldn’t be left too downhearted with the performance because it is very difficult to play against City with 10 men for an hour. Right now, the performance will come as little consolation as its their 6 derby defeat out of the last 7 matches including the last 4 consecutively.

However once the dust settles, United can look back with at the match with hope for the future. You sense the team is getting better and once Van Gaal gets his many players back from injury, you should see the best of United as they look for a return to the Champions League.