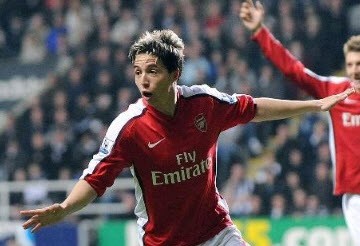 Week nine of the Soccerlens Fantasy Football Game did not go as planned. My team finished joint fifth, well outside the top three and the prize money. Chelsea’s Ashley Cole and Birmingham’s Ben Foster scored points for clean sheets and Spurs’ midfielder Rafael van der Vaart picked up points for his goal, but Didier Drogba failed to register against Wolves and my gamble on Wayne Rooney’s return to form failed when he wasn’t included in Manchester United’s squad. Must be that horrific ankle injury.

So my selection was less than successful. Turns out I’m much better at selecting a fantasy team after all the games have been completed. Here’s the team of the week for week nine: 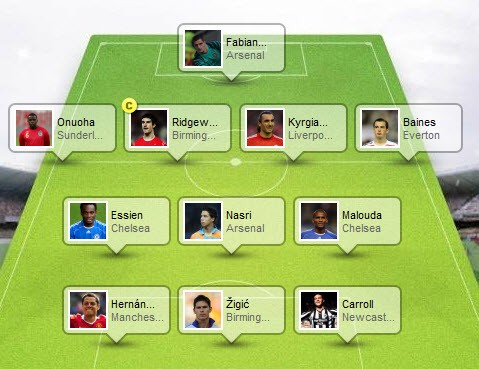 That team would have scored you a nice round 100 points, and would have been good enough to win some serious prize money. Standouts include Birmingham City defender Liam Ridgewell, who scored a total of 11 points: two for playing, four for the clean sheet, and five for his goal. He gets the captain’s armband. Samir Nasri was useful too, scoring 10 points with a goal, an assist and a clean sheet (midfielders get one point if their team keeps a clean sheet).