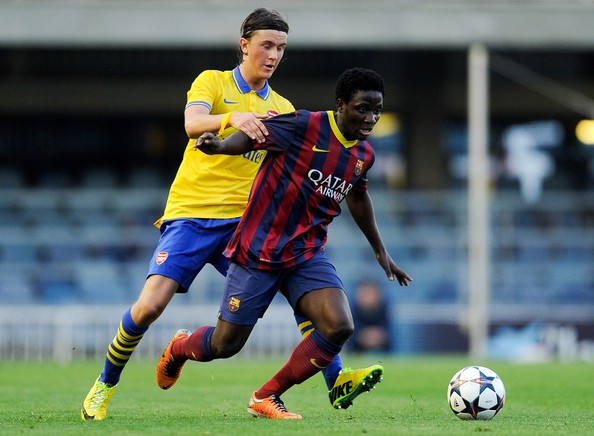 With less than two hours remaining in the summer transfer window, Arsenal are trying to sign at least one more player before the window slams shut. There have been reports that kept Soccerlens tower crazy for a while that Manchester United striker Danny Welbeck was undergo a medical at the Emirates, but Sky Sports are now claiming that the English striker will not move to Arsenal tonight.

However Arsenal have completed one more transfer today. The club’s 19-year-old young attacking midfielder, Kristoffer Olsson has joined Danish outfit FC Midtjylland on a season long loan, with an option to buy next summer.

The Swedish youngster is currently with the Swedish U21 team but will soon join the Super League’s top team where he will have one year to prove his mettle.

The youngster earlier this year had passed a snide remark on then team mate Nickas Bendtner: ‘He is not the one who works the hardest, “said Olsson told Aftonbladet in March.