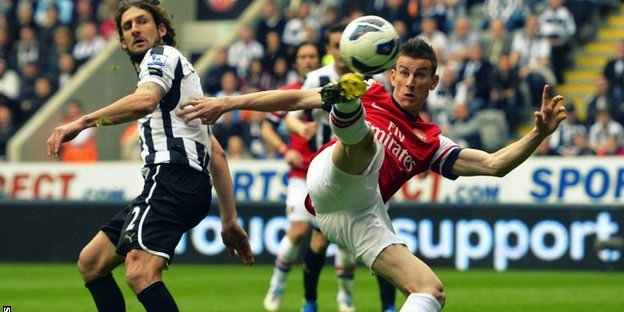 Freddie Ljungberg in 2001/02; Petr Cech in 2011/12; Eric Cantona in 1995/96. Sometimes a player will have an inspired run of form at a crucial point in a season, dragging their team through tough games when it really matters. That certainly applies to Arsenal’s Laurent Koscielny this time around.

The Frenchman has been superb in Arsenal’s final ten games of the season, with Arsene Wenger’s side winning eight and drawing their other two matches.

The Gunners last defeat was in early March away to Tottenham in the North London derby, and on a day where the Arsenal defence looked horrendously insecure it’s worth pointing out that Koscielny had not been selected.

Captain Thomas Vermaelen was first-choice at the time, alongside Per Mertesacker, and Wenger’s decision to alter things after that miserable afternoon have proved to be great decision by the 63-year-old Frenchman.

That defeat left Arsenal seven points adrift of their rivals, but in the ten weeks since Koscielny has grabbed his side by the scruff of the neck and led by example. There has been an authority, passion and class about him that he has not always shown in his three years at the club.

Many see him as a very good player but one who also makes a few too many errors to be thought of alongside the best defenders in the Premier League. In these last few months, however, he has been immaculate.

Obviously the 27-year-old made this morning’s headlines because he scored the only goal of the game at Newcastle United, and while his poachers strike was a pivotal moment in Arsenal’s season, it’s been at the back where Koscielny really deserves to dominate the back pages.

While the likes of Wojciech Szczesny, Mertesacker, Bacary Sagna and Kieran Gibbs also deserve credit for their part in their side’s defensive effort, but there can be no denying that Koscielny has been the main man.

From vital clearances, lung-busting runs up field, great pace and the Newcastle goal, the France international has been magnificent. 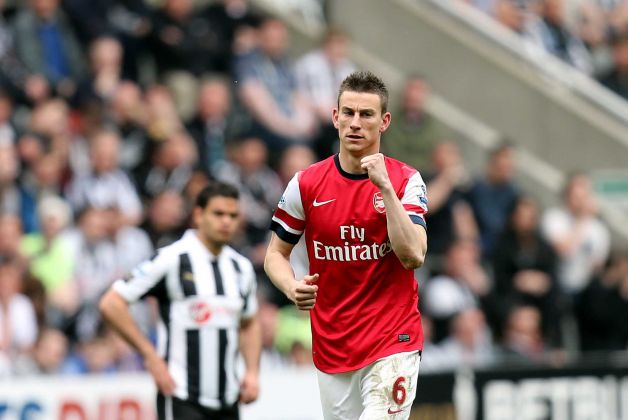 In those ten games since the Tottenham game, Arsenal have conceded just five goals and if Manchester United had finished the season with so many 1-0 wins and clean sheets they would have been lauded far more because of their ability to ‘win ugly’. Arsenal deserve great credit for their grit and team spirit in recent weeks.

Seeing Arsenal celebrate fourth place in the way they did on Sunday highlighted how much they have declined since the mid 00s. If you had told Arsenal fans back in 2004 that they’d be delighted at coming fourth they would’ve brushed aside such remarks. For them to get back to the summit of English football again Wenger simply has to spend big this summer.

If Laurent Koscielny can bring his current level of consistency and influence with him into the new campaign then his manager certainly won’t have to worry about adding new names to the heart of his defence. New Arsenal captain, perhaps?