Swedish midfielder Kim Kallstrom has arrived at Arsenal’s training complex to undergo a medical and finalise a short-term loan deal to the Premier League leaders. 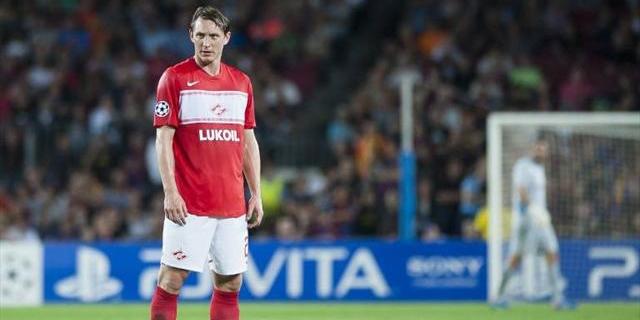 The Gunners have moved quickly to secure backup for the crippled Aaron Ramsey, with Wenger revealing today that the Welsh interantional is set to be out for at least six weeks.

Kallstrom, 31, is a central midfielder, able to play in either defensive or more advanced positions. He has earned 108 caps for Sweden, scoring 16 goals.

Kallstrom signed for Russian side Spartak Moscow in 2012 from Lyon for a fee of €3, but has been used sparingly in the Russian capital.

Check out ‘The Transfer Lens: Live Deadline Day’ here on Soccerlens for the very latest news and gossip flooding in throughout the day

What do you think? Is Kallstrom a decent signing for Arsenal? Let me know in the comments below…