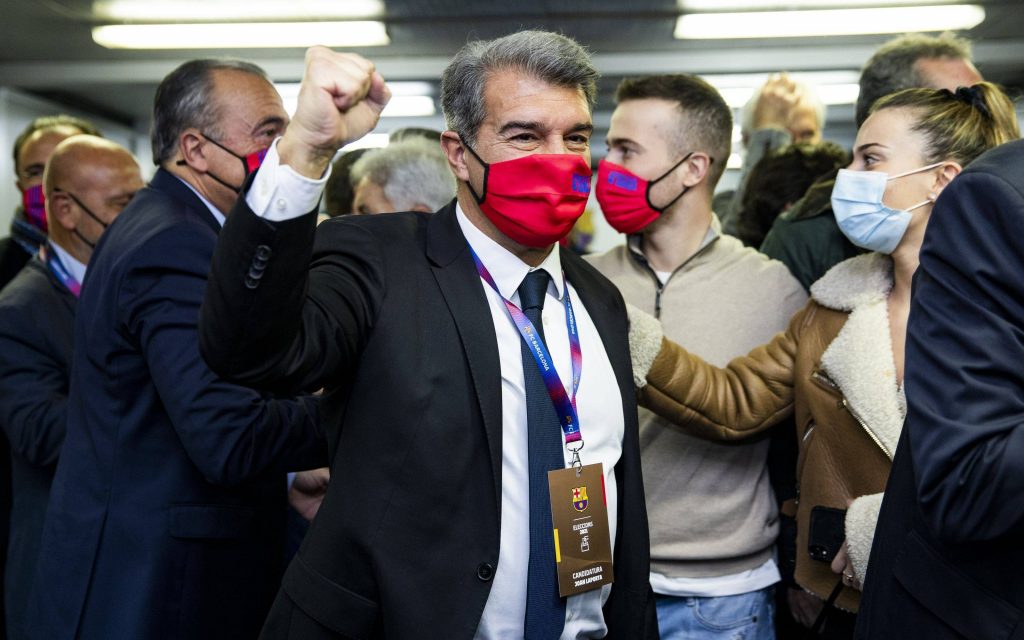 Joan Laporta was officially elected as the 42nd president of Barcelona yesterday after receiving 54.28 percent of the votes in his favour.

The 58-year-old has taken over the position for the second time, having previously held the role between June 2003 and June 2010.

One of the election highlights was Lionel Messi, who was pictured casting his vote alongside Sergio Busquets, Sergi Roberto and Jordi Alba.

Laporta was full of praise for the Argentine after he took over as the new president, and his main focus will now lie on convincing the captain to stay put.

Messi’s current deal with the club expires in June this year, and it is reported that Laporta will make it a priority to convince the 33-year-old to sign a fresh deal.

However, this may not be the only objective for Laporta in the short-term. The club have a debt of €488 million, and a few fringe players could be shown the exit door.

Elsewhere, the Blaugrana need to decide the futures of Ousmane Dembele and Sergi Roberto whose contracts expire in June 2022.

Dembele has overcome his injury setbacks to become a regular, but it has been the exact opposite for Roberto, who has had multiple muscle injuries this term.

There will be some kind of squad rebuild this summer, and it will be interesting to see whether the club will make any marquee signings amid their financial troubles.

Manchester City’s Eric Garcia has been tipped to join on a free transfer at the expiry of his contract, but there has been no official statement by the Blaugrana regarding this.

Laporta previously said that the Catalan giants can afford a player of Erling Haaland’s calibre, and it could be an exciting summer for the fans if they can pull it off.