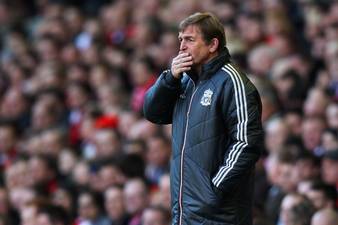 Liverpool fall to 9th league defeat of the season against another relegation threatened side QPR. What’s worst is that Liverpool led 2-0 with only 15 minutes to play and then blew it all away. The Reds have now lost 4 of their last 5 league games and somehow manager Kenny Dalglish seem to find his team not so fortunate all the time. Although Dalglish has always concentrated on how Liverpool have not got what they deserved in most games but I’ve only focused on the times he used the word “Luck” in the past few months to elaborate Liverpool’s performances.

When you are 2-0 ahead with only 15 minutes left, the luck is in your own hands, then coming home without a single point in the bag and say you were unlucky does not make any sense at all. Poor defending from the reds and senseless tactical decisions from the manager led to Liverpool demise last night but Dalglish came up with something like this:

“The way we started the game was fantastic. The only thing missing was a bit of Luck in front of goal.” “You couldn’t see them getting a goal but maybe the Luck they didn’t get against Bolton they got tonight.”

The Reds were not able to create a clear-cut opportunity versus Black Cats and deservedly lost the game with an absolute dreary performance from the players. Dalglish had his thoughts:

“I don’t think there was much in the game other than the bit of Luck that decided it.”

Kenny Dalglish perhaps went asleep during the transfer market. Liverpool have the worst conversion rate in the premier league but wait a minute, the season started in August and  6 months later in February the only solution Dalglish found was to blame it all on Luck.

“We create enough chances and have not scored the number of goals we’d have liked. We’ll just keep working away. I think it was Gary Player who said, ‘The harder you work, the Luckier you get.’ We’ll keep working hard to get Lucky.”

Another team fighting to stay in the premier league got away with a point at Anfield where mostly Goalkeepers have been the man of the match. Dalglish claimed

“Most of the things we do we do very well and do them right. A bit of Luck, maybe a bit more belief in ourselves and a goalkeeper coming here and having a nightmare would be helpful to us”

The reds were reduced to 10 men and Spearing perhaps was unlucky to see red but Liverpool by no means deserved three points, a point may be, but for Kenny like always Luck was the difference.

“We have done well and given a bit of Luck tonight we could have had three points. We will just continue working hard and see where it takes us.”

Kenny Dalglish loves his players but the way he finds their performances satisfactory when Liverpool lose or draw is beyond everyone. Not only that, the blind loyalty to the flops he has bought into the club and his stubbornness where promoting the young ones is another massive concern. The league table never lies and Liverpool deserve to be where they are now.

Luck plays its part in football at times but Dalglish needs to accept how average his side has performed in the league because what happens on the field cannot just be called Luck all season long.