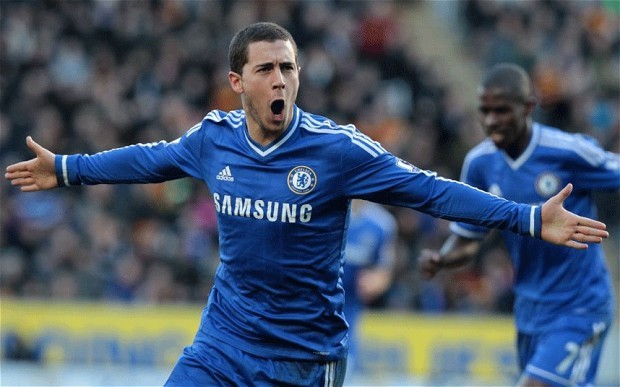 ‘Kane deserves Player of the Year award over Hazard’.

Tottenham Manager, Mauricio Pochettino has been waxing lyrical about how Harry Kane is the best thing since sliced bread.

Despite his exploits this season, the England striker has been nowhere near as good as Eden Hazard and does not deserve the Player of the year award.

“Hazard is a very good player, he’s fantastic. But the impact that Harry has had on English football is massive,” Pochettino told reporters.

“Everyone knew that Hazard is a brilliant player but I think not too many people expected that Harry Kane would show the performances that he has. This is the difference.” 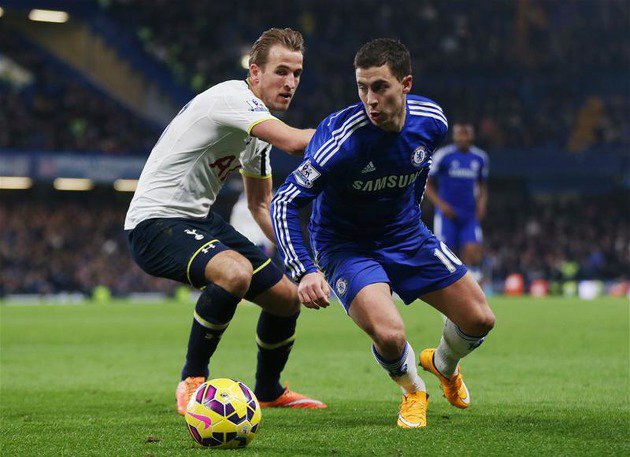 Despite having an outstanding season, claims for Harry Kane to win the Player of the year award are biased and unfair. The England striker exploded onto the Premier League scene with 30 goals in his debut season and has been phenomenal for the London outfit.

While it might be harsh to say that Kane winning the player of the year is ridiculous, it would be a great injustice to Eden Hazard, who has been the best player in the league by some distance.

The magnificent Belgian has been the key to Mourinho’s side leading the table and has been unplayable for most part of the season. Hazard has been a prime creative outlet for Chelsea alongside Fabregas and has chipped in with valuable goals that will eventually guide Chelsea to a domestic double.

Despite a stunning start to the season, the Blues have struggled since February with Hazard being their only light in the darkness. While City were falling off the chase due to a midseason slump, Hazard ensured that Jose Mourinho’s side always had the edge in the title race.

Granted that the player of the year should not be judged on trophies won, but one only needs to dig into the Chelsea archives to see what Hazard has accomplished on the pitch this season.

As for Kane, the young man hasn’t put a foot wrong this year, he has just been outplayed by a superstar in the making.