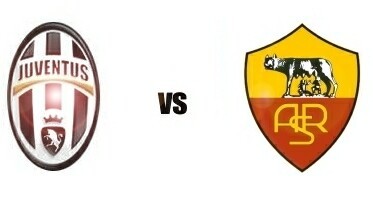 Juventus and Roma are on the up after both suffering indifferent starts to the season. The Bianconeri and Giallorossi are evenly poised in Serie A by just the one solitary point. Victory on Saturday for either team will enhance their prospects for a title challenge with the loser being left to pick up the pieces. A huge night in prospect in Turin.

Juventus are well and truly back on track for a Scudetto challenge following their back to back victories over Milan and Cesena.

The Bianconeri have showed a huge amount of resilience since the end of September and have gone seven games in the league unbeaten and lie just four point off leaders Milan – just one behind champions Inter.

Roma on the over hand have been embroiled in turmoil both on and off the field. The continuing debacle over the sale of the club continues to rumble on as the Sensi family look all but certain to relinquish the control on the club they have beheld for so long. An end of an era is certainly looming in the capital.

However after a catastrophic start to the season, form on the pitch has propelled dramatically following four consecutive victories – most notably their derby day delight last weekend against Lazio. They will be eager to keep the momentum going but their away form is a concern by winning just one of their five fixtures outside the Olimpico.

Jeremy Menez will be hoping to continue his good form following a sublime display during the 3-2 victory over Fiorentina in the week. He will be a potent threat to the Bianconeri.

“Tomorrow we will take to the field to fight and to win.”

“Juventus are a great team, a massive obstacle but examinations in football never end. We have to win as we are still trailing in the standings.”

Claudio Ranieri knows his team have a huge task on their hands.

Juventus are hampered heavily by injuries. Buffon, Krasic, Legrottaglie, Rinaudo, Grygera, De Ceglie, Martinez and Manninger are all out of Saturday’s game.

As for Roma they will be without Juan, Okaka, Taddei and midfield man David Pizarro for the trip to Turin. Mirko Vucinic however will be welcomed back following his midweek rest and will partner Francesco Totti up top.

This is an evenly poised contest. Roma may be in good form but their away record has been a huge hindrance on their progress this season.

Juventus may not be scoring freely at the moment but if they are able to restrict their opponents play in the middle and ease the threat of Menez then they stand in good stead.

Can only see this ending up as a stalemate.

You can watch Juventus take on Roma live online as well as all other Serie A matches, plus hundreds of football games from around the world. Read our live Serie A football page for more details.