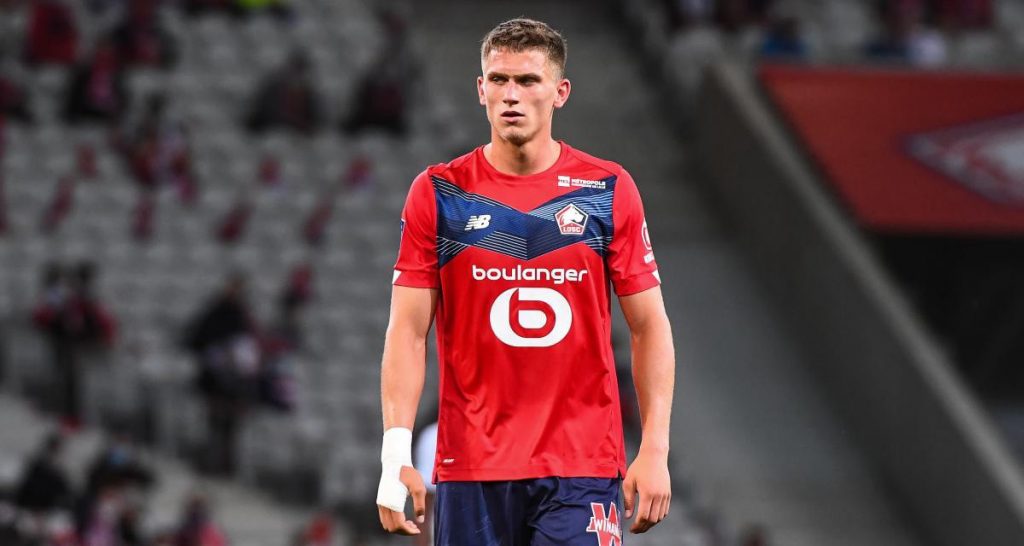 Juventus are reportedly eager to bring in Sven Botman from Lille OSC this summer.

At present, Juventus are enjoying the performances of Matthijs de Ligt whose role in the starting XI has become increasingly important. They hope that their association with the 22-year-old will last for a long time.

However, with the Dutchman’s contract expiring in 2024 and a 120 million euros release clause activating in June, the Old Lady will have to prepare a plan B.

The Plan A is obviously to keep the player around and offer him an extension. However, Juventus do not want to bump into any surprises and in the event of the club receiving a good offer, they need to prepare for life without him.

Reportedly, the likes of Barcelona, Bayern Munich, Chelsea and even Manchester United are interested in the Juventus center back.

Therefore, it is only natural for the Bianconeri to keep tabs on young defenders around Europe.

One of the players that they are looking at is Sven Botman who is currently under contract at Lille. The Dutchman is another player who graduated from the excellent Ajax academy. While De Ligt became a star across Europe during the 2018/19 campaign where Ajax eliminated the likes of Real Madrid and Juventus, Botman was making his way into the Jong Ajax side.

During the summer of 2019, both men changed their clubs: De Ligt moved to Turin while Botman was sent on loan to Heerenveen before joining Lille.

In France, the youngster would help Lille win the Ligue 1 title and his performances caught the attention of some of the finest in Europe.

The Dutchman was linked with a move to AC Milan who remain favorites for his signature. But Juventus are confident that they can entice the player into signing for them. However, the move could become a rather difficult one to conclude since the 22-year-old is reportedly open to a move to San Siro.