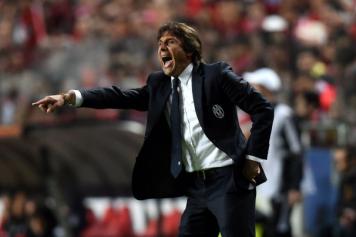 FC Juventus have just confirmed Antonio Conte as manager for next campaign. The Bianconeri board is in talk with many clubs and players around Europe, to reinforce the roster for next Champions League. Here’s a look at the players coming in and going.

WHO IS STAYING Juventus scored 77 goals last year, resulting the best Serie A attack. To complete the new 4-3-3 that Conte has in mind, he has to change many forwards. Up in front, Carlos Tevez and Fernando Llorente are the only two players who will definitely stay. Together they scored 34 goals out of the total 77.

Just an offer around €30m for the former Athletic Bilbao, could convince President Andrea Agnelli to let the Spaniard go, as he joined the Juventus side last year as a free agent.  Anyway he is definitely on Conte’s plans for next season.

WHO IS ARRIVING
The Bianconeri want to sign least two wingers and maybe one central forward. As far as wingers are concerned, the list is pretty long.

Italian press is insisting a lot over the name of Alexis Sanchez, currently at Barcelona. He joined the Catalans three years ago and he now costs around €20m. Apparently he has already found an agreement with the Italian club.

Another hot name is Nani. He hasn’t played much this year with Manchester United (9 appearances, no goals), but he doesn’t cost too much. According to the Italian press, Juventus should have found and agreement already, both with Red Devils and the player.

Alvaro Morata has been linked with the Bianconeri as well (and Inter Milan too). The Spanish forward would like to leave Madrid for his lack of playing, but the Italian board have still to talk to Real Madrid. Cuadrado, Candreva and Alessio Cerci are also under scrutiny.

Stars Didier Drogba and Samuel Eto’o are the new names in the list. New, because the idea of welcoming at Juve an experienced forward, who have won the Champions League already, is an option brought to light lately by Italian media.

They could both arrive for free, as their contracts with Galatasaray and Chelsea are just expired. The Ivorian asked €5m per year, which the Italian club is not likely to give him, mainly because of his age.

Samuel Eto’o is a last-ditch option, but he still haven’t talk to Juventus. The Cameroonian has recently express his willingness of playing another year in Champions League. AS Roma is also thinking about the former Inter Milan and Barcelona forward.

WHO IS LEAVING
With the new asset, Sebastian Giovinco, Mirko Vucinic, Fabio Quagliarella and Pablo Osvaldo are all ready to leave.

Osvaldo’s future doesn’t depend on Juve anymore. On January he joined the Bianconeri on loan from Sunderland but he spent his chance terribly. He lost the opportunity of playing the World Cup with the Azzurri and he will be back in the Premier League club.

All the other strikers are a bit in a “limbo”: They are not very appealing in the main European Leagues, they’re over the average for Italian football, but they cost too much for Italian clubs.

Fabio Quagliarella has been liked with Parma. The offer by the Crociati is set to €5m, which is not really a lot of money.

As far as a transfer outside Italy is concerned, only Sebastian Giovinco has been linked with Arsenal, but this rumour is repeated every now and then. Giovinco has the right profile to play under Arsene Wenger. On the other hand Arsenal have never made an official offer for the former Parma.

At least at this stage, it looks difficult that Juve will receive a huge income by selling these players. Provided that the budget for next season’s transfer campaign is still unknown, they will be obliged to sell one between Arturo Vidal or Paul Pogba, if in need of money to purchase players suitable for the new 4-3-3.