Like a phoenix rising from its ashes, Juventus was reborn Tuesday. With two majestic strokes of the paintbrush, one by Del Piero to erase a never-ending streak of injuries, another by Amauri to wipe five consecutive winless matches clean, the Bianconeri imposed a lesson of great will & determination on their Real Madrid rivals.

It was a match where the Old Lady’s “old guard” (Del Piero, Nedved) mixed with its new heroes, the magnificent likes of Chiellini, Sissoko, and Amauri (dominating their respective parts of the field) and after which manager Claudio Ranieri can finally breathe a sigh of relief. As Juventus continue their journey through darkness (Marchisio & Legrottaglie joined the injury list tonight), their victory against Real Madrid will provide some very bright headlights. 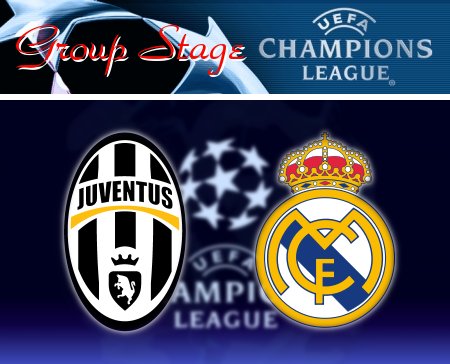 Tactically, Ranieri could count on the returns of Nicola Legrottaglie (from injury, if only for a short time) and Momo Sissoko (from domestic suspension), so very capital to Juve’s defensive efforts. On the wings, Molinaro and Marchionni (another one with rotten injury luck) were preferred over De Ceglie and Salihamidzic, although the latter would soon come on to replace the injured Claudio Marchisio. On the other end, Bernd Schuster fielded an openly-offensive formation with Van der Vaart and Sneijder supporting the Raúl-Van Nilstelrooy-HiguaÃ­n trio.

Juve started the game with magic: pure wizardry from their nº10 captain. Not even five minutes had passed when, following a quick one-two combination with Amauri, Alessandro Del Piero armed a one-time curling shot from 25m, leaving Casillas rooted to the spot and the entire Merengues backline watching. Wonderful stuff sending the Stadio Olimpico fans into rapture, and reminiscent of that magical goal vs. Artmedia. For Del Piero, it also meant goal nº41 in the UEFA Champions League. 1-0 Juventus. 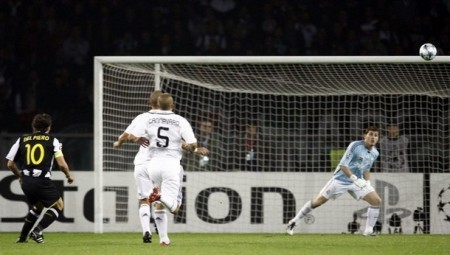 It was a pretty cold shower for Real Madrid, but the visitors didn’t seem too motivated to fight back. Not right away at least, continuing to move forward at moderate pace and insisting on the long-range shooting qualities of their midfielders. Above all, last January’s almost-Bianconero transfer (Rafael Van der Vaart) kept Manninger on his toes, but never too seriously to force the Austrian keeper to get his gloves dirty. Gago was trying however he could to contribute to his team’s offensive effort, but Juventus’s iron-midfield curtain (read: Sissoko) was solidly keeping the Madrid danger at bay. Things were however a bit compromised in the 37th, when an accidental Marchisio-Sissoko challenge forced the former off the field with an ankle strain. In came Hasan Salihamidzic, while Nedved shifted to the defensive mid position.

During the half-time break, Ranieri received some more bad news in that Legrottaglie had worsened his muscle strain and had to come off too. In came Olof Mellberg. The Juventus coach was immediately smiling again however, as four minutes after restarting his team had doubled their lead. Following a bad Pepe clearance, Nedved intercepted the ball and went deep down the left-wing to cross the ball for Amauri. The Italian-Brazilian’s powerful header found the fortunate deflection of Heinze, just enough to confuse Casillas and allow the ball to go in. 2-0 Juventus, now really in command. 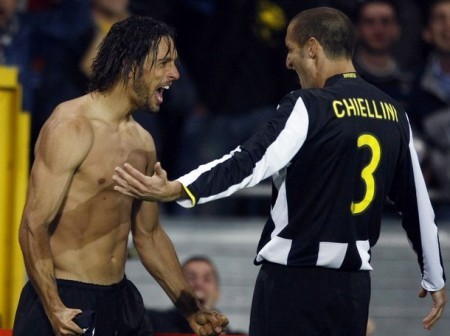 Score-wise at least, because at that point Real Madrid to stick their heads out of their asses and play some real football. Exit HiguaÃ­n, enter Robben, and the siege to Juventus began. A siege essentially Dutch in nature, almost as if the Merengues’ Oranje connection (starting with Van der Vaart -header wide, Robben -header wide, and Sneijder -curling shot onto the post) was working their way up to someone. And who else could that someone be other than Ruud Van Nistelrooy, the vulture of the six-yard box and the current 2nd-ranked topscorer in the all-time UCL scoring charts. Receiving a pass from Heinze, RVN was left unmarked & undisturbed to apply a headed finish past Manninger, thus revitalizing the Madrid hopes and simultaneously activating my entire sweat gland system. 2-1.

Fortunately for Juve, it was too little too late for the Merengues. Galvanized by their home crowd, the Juventus pillars (Chiellini & Mellberg in defense, Sissoko & a surprisingly efficient Nedved in midfield) held tight, carrying the game to the full-time whistle without the score ever changing again. There was time for Iaquinta to make a small appearance (on for a much-applauded Amauri), before the referee sent everyone to the changing room and the Bianconeri supporters into jubilation. A night like this they had been waiting for over two years… 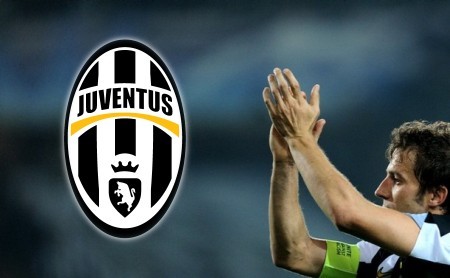