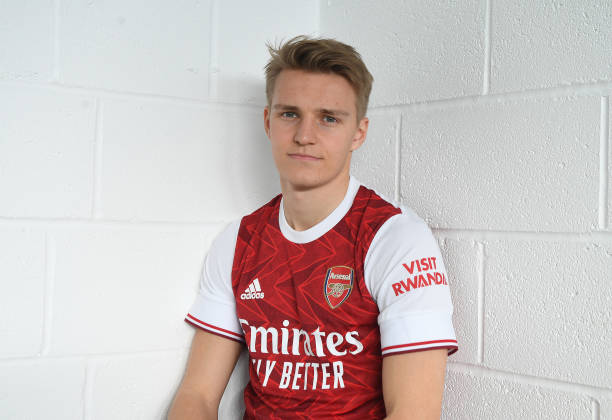 Everton striker Josh King has revealed the role he played in convincing Martin Odegaard to join Arsenal on loan from Real Madrid in January.

The Norwegian international has hit the ground running since linking up with the Gunners temporarily until the end of the campaign.

Odegaard played a part in all three of Arsenal’s goals on Sunday as Mikel Arteta’s men secured a hard-fought 3-3 draw from three goals behind. He was also very impressive in the earlier victories over Olympiacos and Tottenham Hotspur.

The Gunners would love to have the 22-year-old beyond the end of 2020-21, but they might not have landed him in January had on-loan Toffees striker King not convinced him to leave Madrid for London.

“When I saw the rumour about Arsenal, I sent him a message and said: ‘You have to go to Arsenal’,” the Bournemouth striker currently on loan at Everton told Norwegian outlet NKR.

“I have friends who have played for Arsenal, and I know a little how the club is. In my head, I think it suited him well.”

‘Agent’ King was spot on in his assessment, and Arsenal manager and fans already love what they have seen thus far.

Securing Odegaard’s signature permanently will not come cheaply given how highly rated he is by Madrid, but there are chances of a deal working out.

Sky Sports journalist and Italian transfer expert Fabrizio Romano has provided an update on Twitter regarding the possibility of a deal.

Arsenal are “so happy” with Martin Ødegaard impact on the pitch as during trainings, they will try to keep him. Arsenal will talk with Real Madrid at the end of the season, Zinedine Zidane’s future will be key to take a final decision about Ødegaard. 🇳🇴 #RealMadrid #AFC

The midfielder has a €350 million release clause, and not even the richest clubs would be willing to part with such an amount right now.

It remains to be seen what the immediate future holds for manager Zinedine Zidane at the Santiago Bernabeu. He does not appear to be a huge fan of Odegaard, and the Norwegian is not likely to return to Madrid next season if the Frenchman is still in charge.

That could provide Arsenal with a huge transfer boost, and a season-long loan could be the best bet for all the parties involved.

In other news, Arsenal have been handed an international break boost following travel restrictions on this star duo.