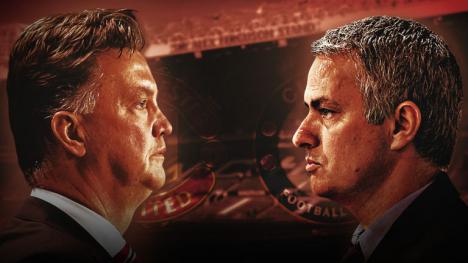 As Chelsea and Manchester United battled it out on Saturday, two of the greats of this generation watched from the sidelines.

Jose Mourinho and Louis Van Gaal’s association goes to back to the time when the latter was the first-team coach of Barca from 1997 to 2000. The Dutchman was the master, and the young and curious Portuguese his protege. The now-Chelsea gaffer has openly stated that the amount of knowledge and experience he gained during his time in Catalonia. They parted ways at the turn of the millenium, but have met again with an opportunity to share a rivalry that has all the makings of being one of the best of all time.

Despite their history together, their styles are very different, as was on show on Saturday. Manchester United tried to force the issue, dominating possession and making nearly thrice as many passes as Chelsea. The Blues, on the other hand, remained compact and miserly at the back, and hit with menace on the counter-attack. Mourinho, ever the pragmatist, contained the likes of Marouane Fellaini and Radamel Falcao by marking them out of the game. And, just like he nearly always does in a big game, he won.

Both Chelsea and United will look back at the 2014/15 campaign with satisfaction. While a lot of things could have been better for both sides, their pre-season expectations have been met.

The Blues are just a couple of wins away from being crowned Premier League champions. They also won the Capital One Cup earlier on in the season, and even though their Champions League season was a disappointment, two titles is certainly something to be proud about. They have played some dazzling football as well this season, albeit not in the last few weeks. With such a young and talented squad, and a manager like Mourinho at the helm, the sky is the limit for Chelsea going into next season. 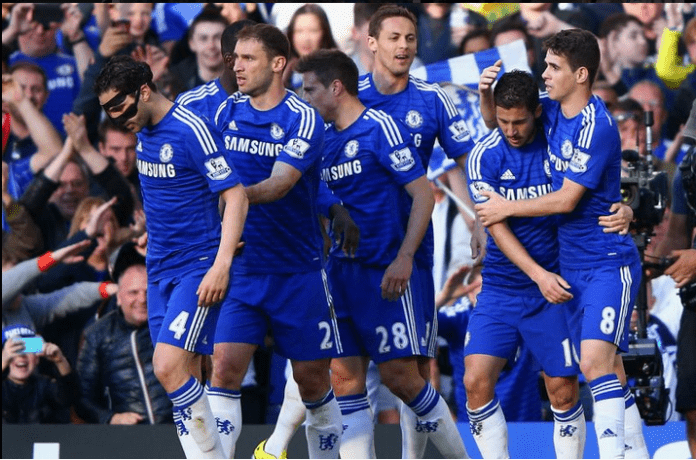 United, after finishing 7th last season under David Moyes, have all but assured a return to the Champions League. After a stuttering start which saw Van Gaal struggle a bit, they are now well on their way to bringing back the glory days in the coming years. Along with Arsenal, they are currently the most in-form team in the league and even though the Chelsea loss has tarnished the record a bit, they have a lot to look forward to going into next season.

Mourinho shared one of the fiercest rivalries in English football with Sir Alex Ferguson in his first stint at Chelsea. Despite this, the mutual respect between the two managers was tremendous. The situation between the Portuguese and Van Gaal is similar.

From 2004 to 2011, Chelsea and United had a complete duopoly over the title race. Even though that has been broken by Man City’s arrival, there are several reasons to believe that it will be renewed in the coming seasons.

For one, City have approached the stage where they need a complete revamp of their squad. They have the highest average age in the Premier League, and most of their starting XI consists of players who helped win the league in 2012. Their collapse this season, which now sees them only just hanging on to the last Champions League spot, has been symbolic of how stagnant things have become at the Etihad. There needs to be many fresh faces brought in. The manager, Manuel Pellegrini, is also expected to be replaced in the summer. All in all, it is going to take a couple of years before they are in the big-time again.

Arsenal, the other club posing a threat to Chelsea and United, have exceeded expectations this season and are in line to finish in the top 2 for the first time since 2005. But whether they have the consistency to last a full year, and whether their players have the bottle and heart to deliver when it matters most, still remains to be seen. These are the two areas in which Arsene Wenger’s sides failed over the last decade. Even though there are a lot of positives to take away from this campaign, only time will tell whether they can live up to the hype next year.

The biggest and the best

Manchester United, of course, are the most widely-supported Premier League club in the world. With their success over the last decade, Chelsea too have won a lot of followers. This rivalry is one that captivated and enchanted its audience for a long time, and to this day, games between these two sides produce fireworks, both in the media and on the pitch.

Under Mourinho and Van Gaal respectively, Chelsea and United are once again ready to take over the Premier League. They may have contrasting styles, but are both fuelled by a fierce desire to win. And of course, their personalities are as powerful as they come. We are well on course for Round 2 between these clubs. And if it is anything like it was last time, we’re in for an absolute treat.