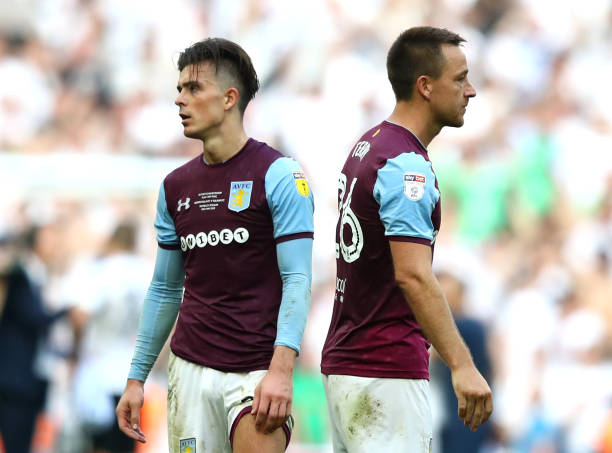 According to The Athletic, Aston Villa assistant manager John Terry told Jack Grealish in training this week that his driving runs from midfield are as good as he has ever seen from an Englishman.

The Villa skipper produced one during the 1-0 loss to Crystal Palace two weeks ago, and it led to a goal that was wrongly disallowed by referee Kevin Friend.

Grealish was also booked for allegedly diving, but replays show both Wilfried Zaha and Gary Cahill impeded him, and manager Dean Smith, the players and the fans were surely left disappointed with the farcical decision.

Nevertheless, the 24-year-old proved his driving runs can cause all sorts of problems for the opposition this season, and will be hoping they can lead to goals more often.

Grealish has only assisted once in the league campaign this term, but he definitely will start firing on all cylinders sooner or later, and the earlier, the better for Villa.

The midfielder helped his side secure top-flight promotion last season, making the Championship Team of the Year after a brilliant campaign, and he now has to step up given the gulf between both leagues.

The fact that Terry believes his runs are lethargic speaks volume, and it’s an attacking weapon Grealish must master to perfection in order to achieve his and the club’s goals this term.