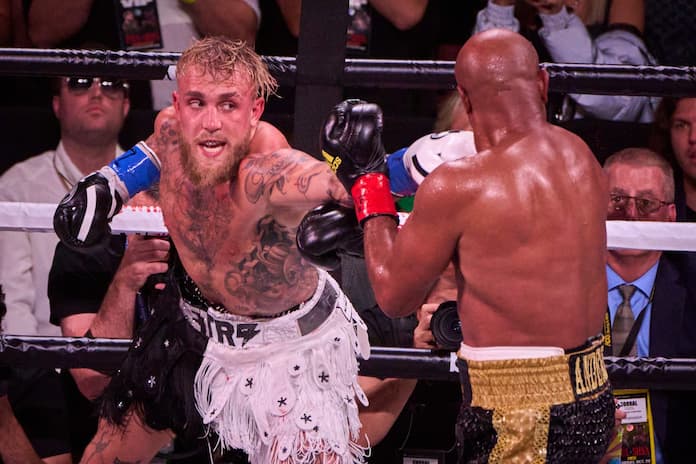 In typical Jake Paul fashion, ‘The Problem Child’ has called out one of the best boxers on the planet, Saul ‘Canelo’ Alvarez. After successfully claiming his sixth victory less than ten days ago against former UFC Middleweight Champion, Anderson Silva, the YouTube sensation want a big fight with Canelo as soon as possible.

After notching up his sixth professional win less than ten days ago, Jake Paul has confirmed that he wants to face Saul ‘Canelo’ Alvarez next.

‘The Problem Child’ has not shied away from wanting big fights against the likes of Canelo, and believes he has what it takes to defeat the Mexican boxing superstar.

The question on everyone’s lips is who ‘The Problem Child’ is going to face next. Could it be Nate Diaz? Could it bee Tommy Fury? Or will it be one of the best fighters on the planet, Saul ‘Canelo’ Alvarez?

Although the Nate Diaz fight looks the most likely for Paul in early 2023, the Canelo fight seems to be the one that he really wants. The former Disney Channel star believes that the Mexican undisputed super-middleweight champion is on the decline and wants the opportunity to fight him before he eventually retires.

Here is what Paul had to say to the undisputed super-middleweight champion:

“Canelo, you’re getting old. You looked weird against ‘Triple G.’ I still want that fight too. I said it 18 months ago and I’m saying it again now.

“Then they laughed at me and said, ‘Sure you do, you idiot.’ Maybe they’ll take me a little more seriously now, because I mean it, I want that fight.”

Surely the ‘Canelo’ fight is a step too far for Jake Paul in his high-profile boxing career. Hats off to him, he wants to test himself against the very best. However, fighting former UFC stars is a completely different kettle of fish than fighting one of the best boxers on the entire planet.