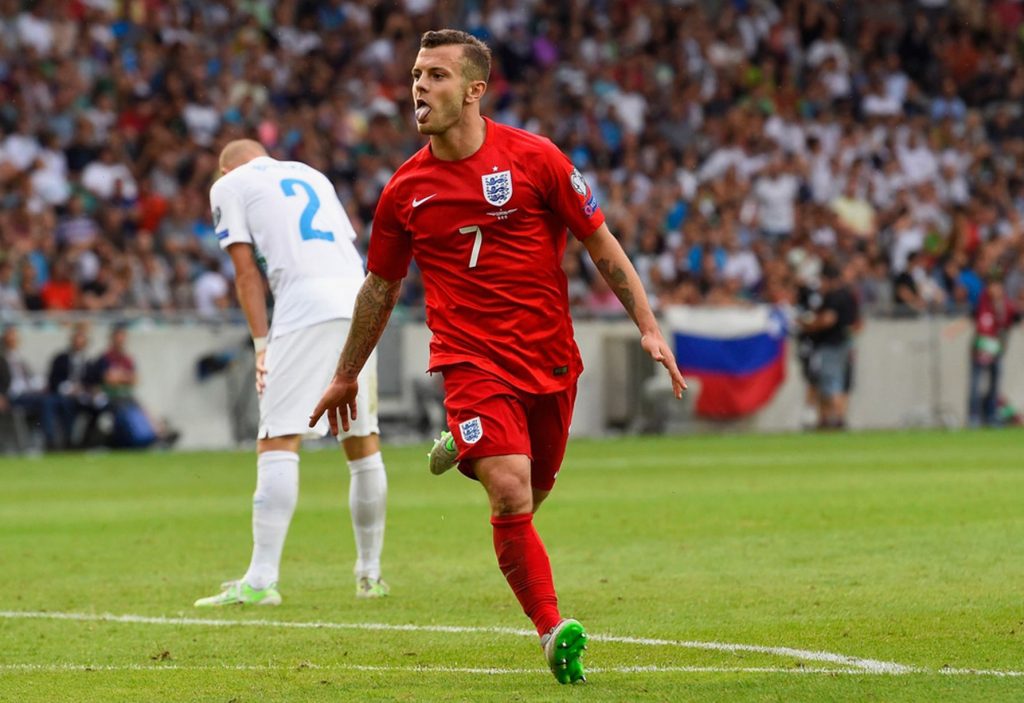 Slovenia 2, England 3: Wayne Rooney may have got the winner, but it was Jack Wilshere who won all the plaudits. This article asks whether the the diminutive Arsenal midfielder is the solution to England’s problems.

Watching England at the World Cup last summer was a painful experience. Only Rooney wanted the ball to feet—and dropped deeper and deeper as a result, making him less effective in the final third.

To a man, Rooney’s teammates all refused to show for the ball and looked laboured when in possession. It suggested a team both low in confidence and in quality—a team a million miles away from the technical genius of their great adversaries, the tournament’s eventual winners, Germany.

In Ljubljana last night, however, we saw a glimpse of a different England. An England capable of retaining the ball, who looked composed in possession (if not in defence and in front of goal). And the beating heart of this different England was Arsenal’s Jack Wilshere.

In his twenty-eighth appearance for his country, Wilshere popped-up with his first two goals to rescue an otherwise flat England, who had struggled to penetrate a dogged Slovenia side who went into half time after taking a 1-0 lead against the run of play.

Both of Wilshere’s goals were left-foot belters from outside the box, hit to perfection, which flew into the same top-right corner of highly-rated Slovenia and Inter Milan keeper Samir Handanović’s goal.

Handanović got a hand to the first. He was left rooted to the spot for the second.

More than that, however, Wilshere was a constant outlet in the middle of the park, for an England team that dominated possession against a Slovenia side which seemed content to soak-up pressure and wait to counter.

Because he likes to pick-up and drive with the ball, Wilshere is a central midfield dynamo more in the mould of an Iniesta than a Xavi or Pirlo—a playmaker who likes to beat a man as much as he likes to find the killer pass.

The numbers show that against Slovenia Wilshere had less touches than Fabian Delph and Jordan Henderson, though he passed with greater accuracy than either of his central midfield colleagues, showing a good range of passing in the process.

What no metric can show, however, is the composure and confidence Wilshere exuded every time he had the football at his feet. This needed to be seen to be believed.

Factor in along with his technical ability and capacity for goals that the diminutive Wilshere never shirks the battle in the centre of the park, and you are left with a player who has the potential to be one of the very best in the world at his position.

As one of that rare breed of footballers who has the technical ability and wherewithal to control the flow of a game, Wilshere can be the man who can solve England’s problem of perpetual under performance at major tournaments—a problem in no small part borne of a wastefulness and lack of imagination in possession that lacking a midfield conductor results in.

Wilshere is the livewire England need to build their midfield around, in anticipation of the unique set of problems tournament football poses. It is time for England to stop questioning Wilshere and to embrace him instead.

As Arsenal teammate Héctor Bellerín was quick to point out on Twitter, Wilshere has been named man of the match in six of the last seven appearances he has made for England. But people still doubt him nonetheless.

– @JackWilshere 6 MOTM’s in last 7 England games, but people will still doubt him..

The challenge for manager Roy Hodgson is therefore to keep faith in Wilshere even when he’s not getting regular first-team football.

If Santi Cazorla leaves the Emirates this summer, as is widely rumoured, Wilshere will however have a great opportunity to cement his place in Arsenal’s starting XI. The challenge for Wilshere, then, is to keep himself free of the injuries that have proved a constant blight on his young career and undermined him in his aim of becoming an Arsenal regular.

If both Hodgson and Wilshere can live up to their end of the bargain, however, England’s future could be very bright indeed.