From Italy: Arsenal aim to complete cut price deal for Serie A winner

Arsenal would be delighted with the recent reports that are currently coming out of Italy. According to a story in the trusted and reliable TMW, Serie A champions Juventus could well let go right back Stephan Lichtsteiner. The Swiss star’s contract expires at the end of the season and  the Bianconeri have been unable to agree on a contract extension with the player. 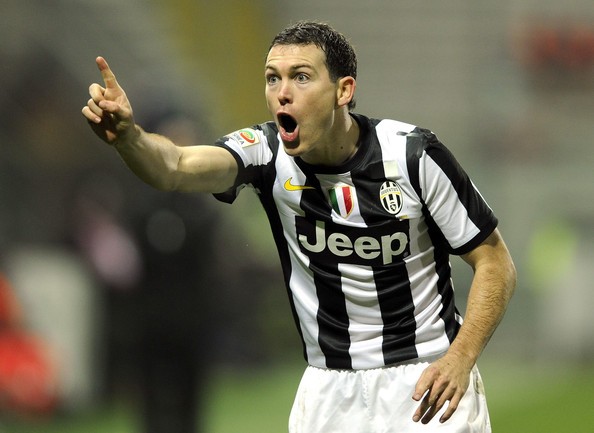 It is believed that Lichtsteiner has demanded a three year contract with a net salary of €3m per season. But Juventus are only willing to offer €2m per season. the club has also started looking for replacements should Lichtsteiner be unwilling to extend his contract. The Turin side already have their eyes on Manchester City’s Micah Richards, the England International who is currently on a season loan at Fiorentina. Richards has fallen out of favour under Manuel Pellegrini at the Etihad and his contract is set to expire next summer. This means that Juventus could try to sign him on a free. The Old Lady though are taking no chnaces and have also lined up Udinese’s Silvan Widmer.

Fresh reports this morning have hinted that Arsenal could move for Lichtsteiner if Juventus fail to reach an agreement with the 30 year old. The Serie A champions wouldn’t want to lose the right back on a free next summer and would be forced to sell in January for at least a cut price deal. However the Gunners could face serious competition from another Italian side Inter Milan.