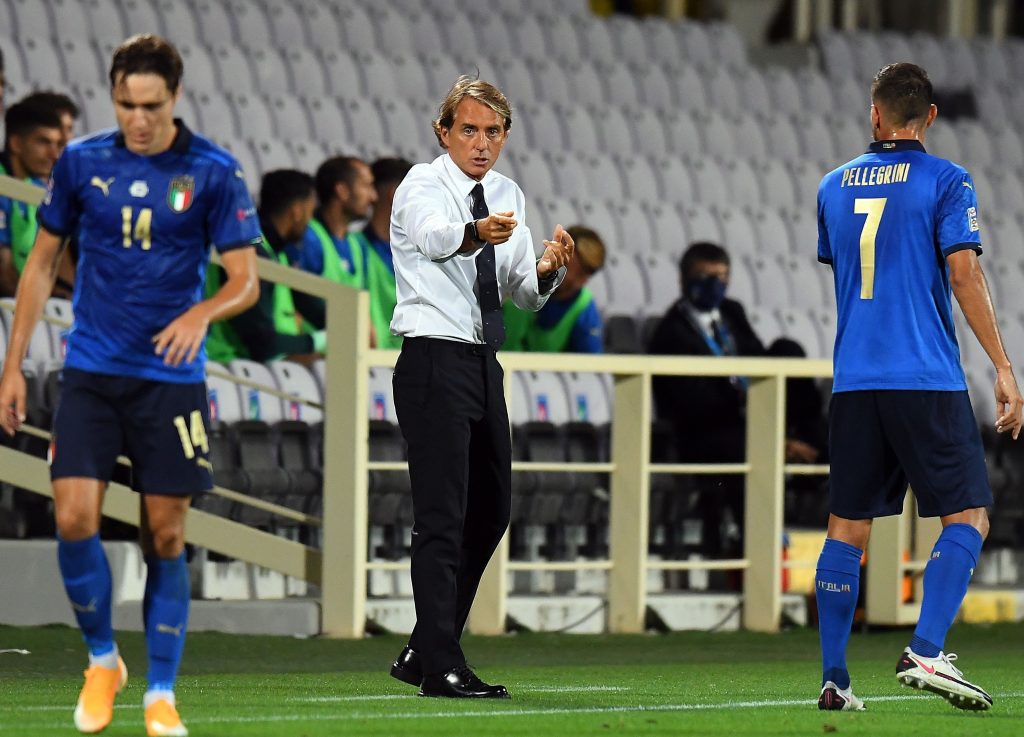 As the coronavirus pandemic grips Europe in a stronghold with the second wave of infections, Italy prepare themselves for a successive string of matches in November – a friendly against Estonia and two UEFA Nations League matches against Poland & Bosnia-Herzegovina.

For the three matches, coach Mancini has called up a massive 41-man contingent – many of who are predicted to miss out due to health regulations.

Six Italian clubs – Inter Milan, Fiorentina, Genoa, Sassuolo, Roma and Lazio – have their players currently in isolation, with each of these teams having at least one positive case. At the end of the isolation period, players called up can still join the squad.

It is due to the presumption that many players would arrive late or consequently miss out in entirety, that the decision to call-up 41 players was taken. At least a dozen of the forty one will reportedly miss out.

Roberto Mancini, who himself has contracted the coronavirus after a positive test on Friday, is currently self-isolating in his home in Rome. He currently is not exhibiting any symptoms and will join the squad as soon as the UEFA & FIGC protocols permit.

Assistant manager, Alberigo Evani, will take charge for the time being.

The Azzurri are placed in Group 1 in League A and sit in the second position with 6 points, a point behind leaders Poland and one above The Netherlands. Bosnia-Herzegovina sit in the last position with 2 points.

According to Football Italia, local health authorities have already placed a ban on few Serie A teams with positive players from joining their respective national teams.

Here is the exhaustive list of the 41 members for Italy’s upcoming matches:

** players who can arrive on November 10