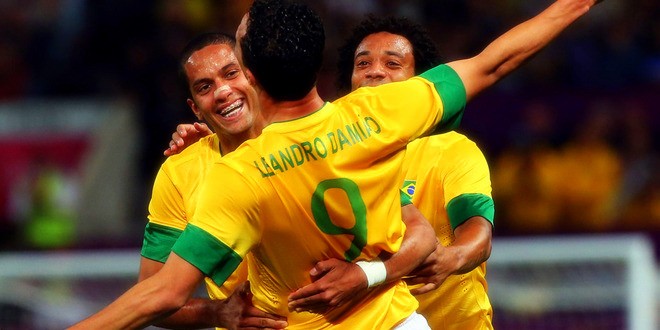 Tottenham Hotspur could end up in a tug of war with Serie A giants Inter Milan over the signature of highly rated Brazilian Leandro Damiao, provided the Nerazzurri fail to sign up Manchester City’s striker Edin Dzeko.

Inter drew a beam on the Bosnian international for a potential £25 million move but City are reluctant to sell him unless they find a suitable replacement.

City are targeting Napoli’s Edinson Cavani but his £51 million release clause is proving to be a stumbling block for the Premier League champions. City assistant coach Angelo Gregucci expressed his admiration for the Uruguayan saying all the top clubs in the world would like to have him in the side, but the ball is in the player’s court to decide his future move.

Dzeko, 26, has been in fine form this season notching up 10 goals already in all competitions, finds himself in the good books of manager Roberto Mancini, hitherto playing the role of a super-sub on most occasions.

Inter are heavily reliant on 33-year-old Diego Milito who is fast approaching the apogee of his career and the club is looking forward to adding young talents to help the Argentine in carry his good shape for longer period.

They have turned their attention to Leandro Damiao and they could end up in a bidding war with Spurs before the January transfer window shuts down.

The 23-year-old Brazilian striker who grabbed the eye-balls of top clubs with his stellar performances at the London Olympics in 2012 has been a long-term target of Tottenham. Spurs tried to lure the hotshot with unsuccessful bids in the past under manager Harry Redknapp while his successor Andre Villas-Boas is looking to strike a good bargain this time around.

The North London club are hopeful of signing the youngster in their third attempt and are weighing up a bid in the region of £15 million for the Internacional star though could face a stiff competition if Inter ramp up their interest at the earliest.