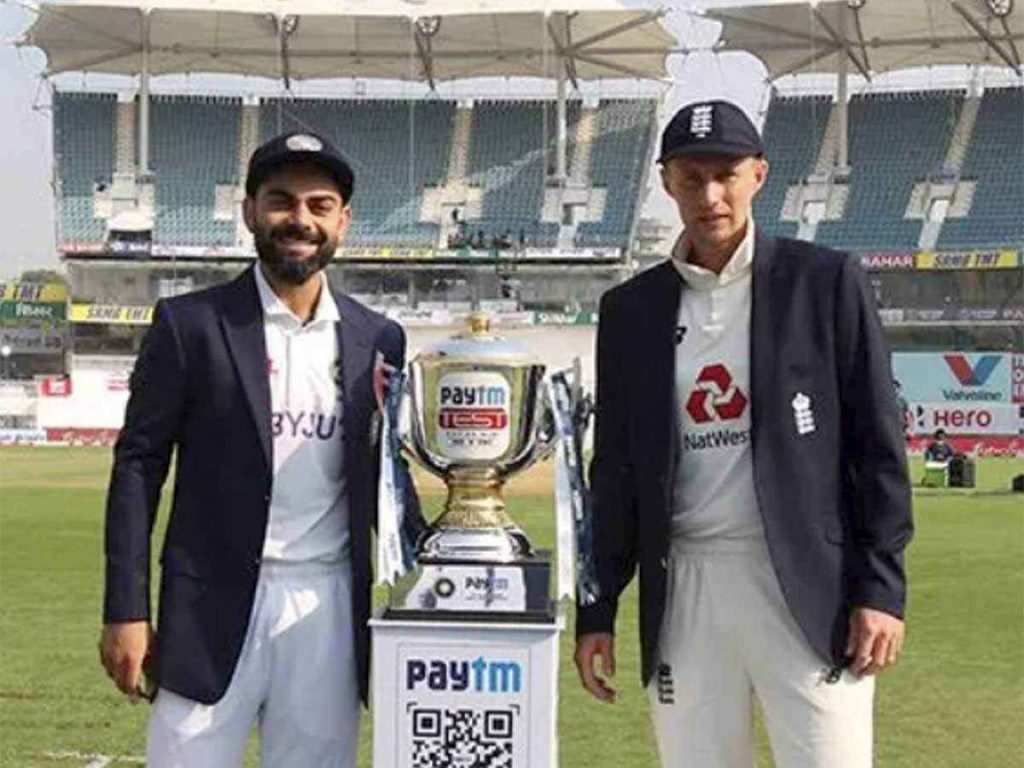 India are set to lock horns with England in cricket once again in the final match of the Paytm Test series on Thursday at the Motera Stadium in Ahmedabad.

After losing the opening match, the Virat Kohli-led side bounced back emphatically and easily outclassed the visitors in the following two tests.

India humiliated their opponents by claiming 317 runs victory in the second test before emerging victorious by 10 wickets in the third to lead the series 2-1.

The Men in Blue concluded the previous game within two days at the Sardar Patel Stadium, where the surface greatly favoured spinners.

England’s batting seemed to have no answer to the spin of Axar Patel and Ravichandran Ashwin, who bowled them out for 112 runs on the first day.

However, apart from Rohit Sharma, the Blues’ batsmen also disappointed and couldn’t take more than 33 runs lead, with Jack Leach and Joe Root taking most of the wickets.

The English team had an opportunity to get back in the game, but they suffered a bigger batting collapse than in the first innings and managed to make only 81 runs.

Patel and Ashwin were once again the standout performers, with both bowlers taking nine wickets between them.

The home side easily reached the 49 runs target, with Sharma and Shubman Gill doing the job for them.

Axar Patel was awarded the Man of the Match for taking 11 wickets, while Ashwin reached the 400-wicket landmark after taking seven in the test.

Following this defeat, England’s hopes for the World Test Championship finals are over, and they will enter the contest hoping to level the series. Meanwhile, the Men in Blue will only have to avoid defeat for qualifying to the finals.

Jasprit Bumrah will miss the final Test due to personal reasons, so either Umesh Yadav or Mohammad Siraj is expected to replace him for India. Other changes in the team are not likely.

The weather in Ahmedabad is expected to remain hot and sunny on all five days, and no rain interruptions are likely.

Although it is unlikely that the ball will spin as much as it did over the surface in the previous test, we should certainly expect that the pitch will help the spinners once again at the Motera Stadium.