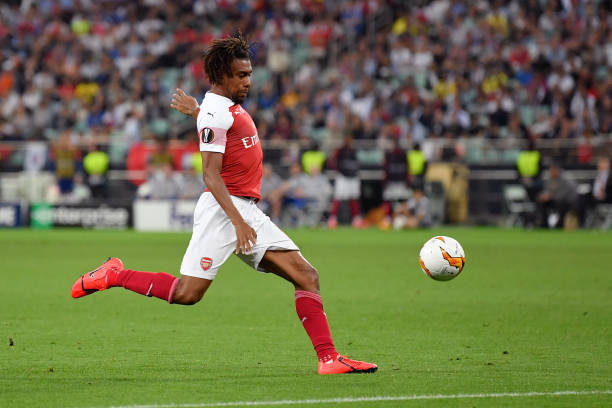 Arsenal forward Alex Iwobi is expected to become an Everton player any moment from now after the Goodison Park outfit agreed a deal to sign the Nigerian winger for a fee in the region of £35 – 40 million.

The BBC confirms that Iwobi is currently undergoing a medical in London and will sign a five-year contract to join the Toffees.

Alex Iwobi is undergoing a medical in London and will sign a five-year contract to join Everton from Arsenal. All should be completed without a problem by 7pm deadline #EFC #AFC

A deal should be gotten over the line by the 7pm deadline after Everton submitted a deal sheet to sign the youngster from Arsenal before the 5pm deadline.

The Premier League have since confirmed that six deal sheets – including Iwobi’s – arrived before the summer transfer deadline.

Everton have submitted a deal sheet to sign Alex Iwobi from Arsenal before the 5pm deadline.

The Premier League have confirmed SIX deal sheets arrived before the deadline.

Iwobi, 23, featured in 35 Premier League games for Unai Emery’s side last term, scoring thrice, but his playing chances were bound to take a hit following the arrival of Nicolas Pepe.

While he divides opinions amongst the Arsenal fanbase, some are gutted to see him go, and that includes club legend Ian Wright.

The decision of the North Londoners to let him go on transfer deadline definitely broke the pundit’s heart, and here is how he reacted on Twitter:

The former England youth international has 100 Premier League appearances to his name and will likely hit the ground running at Goodison Park.